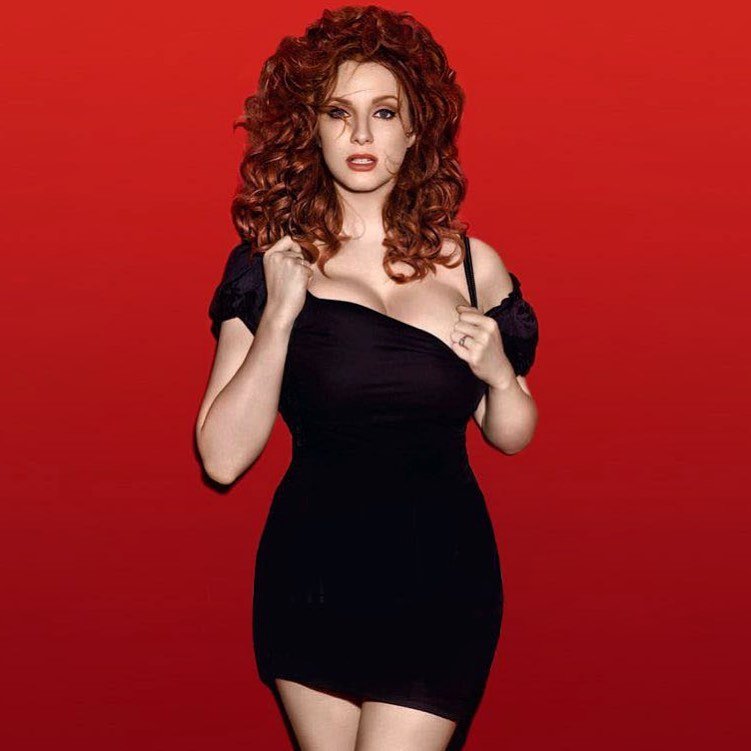 Bones! What can I say about her? She’s extremely smart, has a heart of gold, is awkward, pretty, and has a dry sense of humor. It doesn’t hurt that she’s played by my idol’s sister. Bones may not seem like the likely choice as a celebrity girl crush, but I can’t help but love her! She’s very awkward when it comes to social skills, as are many super smart people portrayed on TV. This can get frustrating, but really I find it to be an endearing quality. I really connect to her character to the point that if she cries, I cry. She’s a great character and I can’t get enough of her!

I love Joan from “Mad Men.” People may recognize her from her large body measurements (a.k.a. big chest), but I put her on this list for another reason. I’d say that Joan is the strongest woman on “Mad Men.” The other characters depend on her and even have said that they need her. She’s way more than a secretary. She has stood her ground and gotten promoted in her own way. Joan is a woman ahead of her time, who realizes that she deserves more than a bad marriage and a bad job. It’s enough to make anybody love her.

Phoebe Halliwell from “Charmed” was not my favorite of the four sisters, but I always had a soft spot for her. She always seemed to be the one getting into trouble, turning evil, or falling for a demon. Nevertheless I love her. She’s smarter than most of the characters give her credit for and she’s also a lot stronger than she’s given credit for. Phoebe has a really cute personality but she’s also very adventurous, which is good except it gets her into trouble. No matter what happens though, she always overcomes it and is always there when people need her. Who could help but love her?

Hannah/Belle from “Secret Diary of a Call Girl” is a very interesting character. I just recently got into this show, even though it’s over now, and I really love her. Hannah is her real name and Belle is the name she goes by as an escort. What I love about her is that when she’s herself (Hannah), she’s very cute, bubbly, not very funny, but a fun to be with kind of girl. Then she has Belle, who is confident and walks like she’s in command of wherever she may be at the time. Both sides of her draw you in and the few people that know both sides of her love them equally. I mean, who wouldn’t?!

She’s just so darn cute. I don’t understand when people say they aren’t big Aria fans because I think she’s one of the most lovable on “Pretty Little Liars.” This was a hard choice for me because I couldn’t decide between her and Spencer, but then I realized that I’ve loved Aria from the start. Not only is she cute, but she has an amazing wardrobe that I’d love own. Out of all of the girls, I think that Aria is the one that’s closest to just being an average girl and I love that about her. There is no part of her that is enhanced just to be relatable to a niche group like the “smart girls.” She’s just normal and I love that about her.

I’m a little biased with this one because I love Amy Acker, which is the actress who plays her. In “Angel,” Fred is super smart, adorable, and just so lovable. From her first episode, she’s placed in a sort of damsel in distress role, but overcomes and ends up being a helpful character in the series. Watching her grow into the character that she is in the end is such a great feeling because you know where she started. It’s hard not to love her and feel bad for her because she has a sad back story. She’s just so adorable and smart! It’s a great combination and she’s an amazing character.

In the beginning of “Revenge,” I didn’t think I’d like Emily. I thought that she was smart, but kind of annoying. As time has gone on I’ve come to find that I was so wrong. She’s an extremely strong character (physically, mentally, and emotionally) and I just adore her. She’s an evil genius, but I love every second of it. Not only is her character amazing, but she has really cute clothes that I want to borrow. Emily is just an amazing and well written character. I love watching every minute of her.

Kaylee from “Firefly” is a character that really surprised me. I thought that she was just some adorable girl who got a job working on the spaceship in the show, but I was wrong. It turns out that adorable little Kaylee is a vital part of the crew because she’s the mechanic. That may not seem like a big deal, but it’s brought on as kind of a shock. She doesn’t seem like she would be so handy. Other than that, she’s also really inquisitive and just downright adorable.

Karen Walker from “Will and Grace” may seem like the odd one out on this list. While all of the characters on this list are all smart, strong, adorable, or a combination of all of them, Karen probably wouldn’t fit into those categories. I’d have to disagree. Yes, she’s rather ditzy, but she is kind of strong. She’s married to a man that she actually loves and she has to go through losing him. She makes it through with a lot of help, but she makes it and that’s what matters. It doesn’t hurt that she makes me laugh until I cry or my stomach hurts. That’s always a good quality to have.

Irene Adler is awesome. She’s only in one episode of “Sherlock,” but she makes quite the impression. Not only is the woman gorgeous, but she’s so smart that she even beats Sherlock Holmes at his own game. She’s a very guarded character, which I can relate to, so that helps to secure her a spot on my list. I don’t know what it is about her other than her smarts and looks, but she really made a lasting impression on me. So much so, that it’s actually my favorite episode of the series.

I know for a fact that there are a lot that I missed! There are so many amazing female characters throughout TV history, that picking ten was almost impossible. Who would you have picked to put on your list? Are there any on mine that you disagree with?