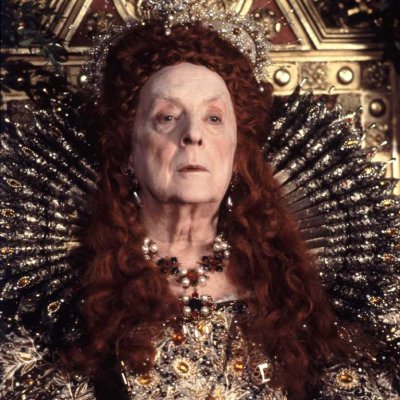 Men have been playing female roles on stage since the earliest days of theater. As far back as ancient Greece, women were barred from appearing on stage, and the female roles in Shakespeare were first performed by men. But when men play female roles in movies, it's usually done for the comic effect. Here are some female roles played by male actors …

In the 1950s St Trinian's movies, headmistress Miss Fritton was played by Alastair Sim. This crossdressing casting was imitated in the remakes with an unrecognisable Rupert Everett as Miss Fritton. Both actors also played Miss Fritton's brother, but they are most amusing as the headmistress who is every bit as anarchic as her students.