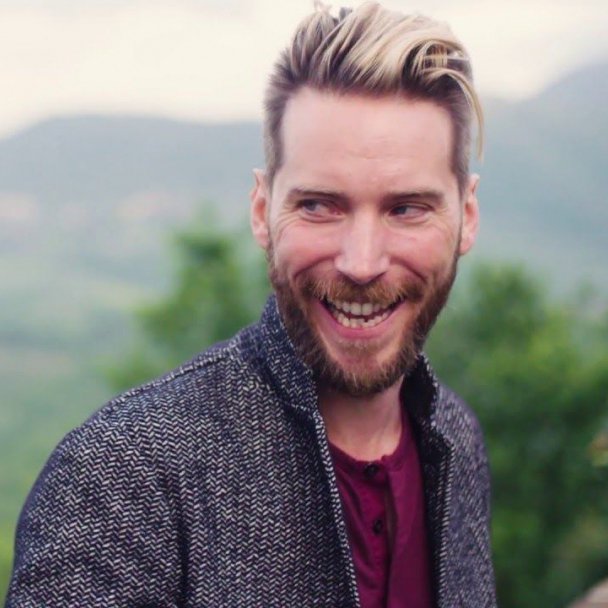 We all love men with good looks and nice hair.

But a seductive purr of a voice doesn’t hurt either, does it? Who are the hottest male voice actors?

When you think of the sexiest men alive, movie stars and television icons like Johnny Depp, Matthew McConaughey, and Channing Tatum come to mind.

But what if I told you that a group of drop-dead gorgeous guys were right under your nose and you might not even know it?

And once you see the faces, you will be smitten.

Let’s dive in and take a closer look.

Here are five of the hottest male voice actors.

Say hello to the master of video game voiceovers, the ever-spunky Troy Baker. His voice is a work of art, in all respects.

Troy can charm his way into your heart and then, in the blink of an eye, make you frightened for your life. If you don’t believe me, just read the article about his Far Cry audition.

Recently, his creep factor was amped up by his voice work as the DC Animated Joker, but it’s made up for with a real-life personality that’s absolutely adorkable in all the right ways.

Gilbert Gottfried, Jeff Goldblum, Al Pacino, Patrick Warburton, and Aaron Neville are just a few hilarious impersonations on his list, and his deep voice resonates on a hypnotic, techno-rock album.