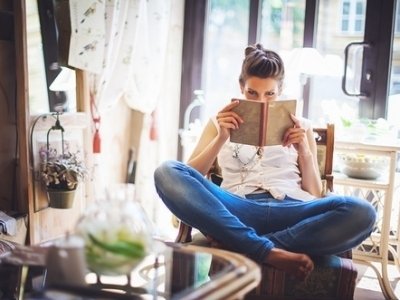 When comparing popular books and their film adaptations, it will be next to impossible to not spot the differences between the two. As a book aficionado, it's sometimes hard trying to ignore any changes, minor or major, made in the final cut of the film; when it leans on the drastic side of the spectrum, this can either hurt the movie or help distinguish the film from the franchise it is based on. Keeping this major spoiler warning in mind, here are a few books and their film adaptations that are known for the vast changes made.

As far as famous books and their film adaptations go, The Hunger Games series has been criticized for the important details cut out, which inadvertently warped the history. To be specific, I know that I don't speak alone in saying that making the decision to strip away the meaning of the mockingjay pin and its origin by eradicating the background story behind how Katniss got it was very upsetting. While I love The Hunger Games franchise (both the films and books as a whole), I feel that this move changed certain dynamics.

While I loved the sequel, I have to admit that I wish that Haymitch's back story was more developed in the movie franchise. While his depiction as a clever alcoholic fits in with the tune of the book, a large part of what makes him who he is has yet to be delved into. I really wanted to see how they would handle showing the inner workings of why he is the way he is (from his time in the Hunger Games arena to being the victor of the Quarter Quell).

While many may be more inclined to disagree, I felt that the director's choice to tone down the scene in which Al who, after betraying her and teaming up Peter and the rest of his crew, tries to kill heroine Tris was a sound one. In the novel, there were more serious and vile connotations about where the situation was headed.

4. The Lord of the Rings Series

While it's understandable that screen time has to be taken into consideration, it seemed as if there were more changes (characters as well as themes) made to the film than not. I don't think I can ever get over the fact that in the film, Glorfindel and Tom Bombadil were completely erased from the history of Tolkien's book.

5. The Mortal Instruments: City of Bones

The powerful Hodge's many tricks aren't as widely explored in the film. If you hadn't read the book before catching the film, you may not have known that one of the ways that Hodge always managed to be one step ahead of everyone was that he enlisted the help of his bird Hugo and his cat Church to spy on everyone.

I still wonder why the scene where Lissa witnesses blood donors being abused was left out. This was actually one of the moments in the book that helped paint her character in full. It's possible that the director wanted to avoid making the film as dark as the book and therefore sought to get rid of any instances that showcased her emotional issues.

Lastly, Ender's Game took a page out of the aforementioned film's book by completely erasing the lead character's penchant for violence and revenge. In the book, Ender Wiggin actually ends up killing Stilson and Bonzo after being bullied by them. In the film, this was left out.

That being said, one can say that all of the differences cataloged give the films a chance to exist as their own entities. It's up to you to decide whether they enhanced your experience. Did you find yourself loving or hating any of the changes made to the books mentioned above? Which film do you feel stayed truest to the text it was based on?