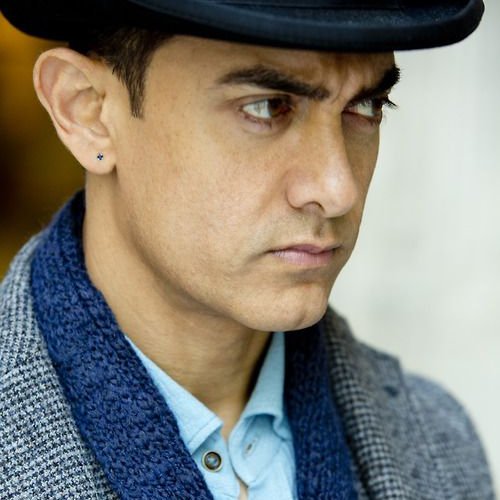 I am a big movie fanatic and don't really need reasons to watch Bollywood movie "PK". I grew up watching a film every night with my family, as we owned a huge DVD collection (over 300). We also went to the theater every weekend. It used to be that I would look at what was playing and say, “I’ve seen everything”. However, I’ve mostly seen Hollywood films. A year ago I married my adoring husband, who is from Pakistan. Slowly, I’ve been introducing him to Hollywood movies but he is not the addict I am. Likewise, he has been showing me some movies from India, including Bollywood. So far one movie has been my absolute favorite and I highly recommend everyone to watch it. Here are all the reasons to watch Bollywood movie "PK".

PK is about this alien, who is similar to a human just from another planet, who is stranded in India as he loses his remote control to his spaceship. As he searches for his remote, he discovers the concept of religion and God. Practicing every religion and getting nowhere on obtaining the remote, he teams up with a news reporter and challenges the religious leaders in what they claim to know. The film is not against religion, but more on calling out those who misuse their power within the religion.

The film came out in 2014 and has been at the top of the box office ever since. The film has a strong and touching message along with great songs and fun humor. Also, the actor who plays the alien gives such a great performance. His name is Aamir Khan and is currently the biggest star in Bollywood, as every single one of his movies are at the top of the box office. He only goes for movies that have a good storyline. So he does it for the love of making an amazing film rather than just getting his next paycheck.

At the beginning of the film, it seemed a bit odd to me when we are first introduced to PK - that’s the alien’s name. It was mainly due to not being use to the Bollywood style and not knowing that PK is more childlike in nature. Just keep that in mind and you will really enjoy the film. Warning: the song “Love Is a Waste of Time” will get stuck in your head. It still pops up randomly in my mind. Anyway, please check out "PK" and other films with Aamir Khan.