7 Reasons Why We Love Game of Thrones so Much ... 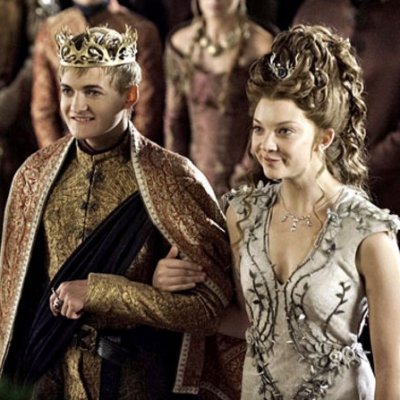 Have you ever wondered why we love Game of Thrones so much? It will go down in TV history, alongside shows like Breaking Bad, as a phenomenon - people across the world are obsessed with it and Twitter just about explodes after every weekly episode. But why do we love it as much as we do? The books may have been successful before the show, but on nowhere near the same scale as the TV series. Every week, we're glued to the TV, gluttons for punishment - wondering which of our favourite characters will die horribly this time. This is why we love Game of Thrones so much.

One of the main reasons why we love Game of Thrones has to be that the show really does have a bit of everything. If you like romance, there’s plenty of that (weird & twisted in some cases, but still). If you like action, there’s a LOT of that. Politics, tick. Epic staging, tick. Mythology, tick. Costume drama elements, tick. Crime, tick. Dragons, tick!

One of the things I love about Game of Thrones is that it’s visually stunning. The settings within which each scene takes place are amazing and the special effects are brilliant. Even down to each character’s costumes – have you ever seen a close-up of one of Cersei’s dresses? The detail is incredible. Google it!

Game of Thrones is one of the few shows that is positively brimming with powerful, flawed, strong women leads. And they’re all so different – none of them follow the carbon-copy of a ‘strong female character’ and they are all strong in different ways. Some are powerful and also quite evil – Cersei Lannister; some are powerful and noble – like Daenerys Targaryen. Then you have all the ones in-between, like Arya, Catelyn and Sansa Stark, Brienne of Tarth, Ygritte; the list goes on!

Ok, so not many of us will want to admit it but generally speaking, the world loves a saucy, gory programme. There is PLENTY of sex in Game of Thrones and PLENTY of violence. Maybe this appeals to our more primitive instincts or maybe we enjoy watching that kind of thing when we have the comfort of knowing it’s all made up.

It would be nowhere near as exciting as it is if the actors weren’t as good at their jobs as they are. Because of that, you really get into it – you’re rooting for Arya and you thought Joffrey was the WORST PERSON IN THE WORLD. And Tyrion Lannister is obviously just the best character ever invented by anyone ever and you thank Peter Dinklage every week for bringing him to life for you.

This is probably my favourite thing about the series, both in regards to the TV series and the books. I NEVER know what’s going to happen. You think that George R R Martin can’t possibly kill off this character because he’s integral to the story and then BAM. Robb Stark’s head is on a spike and you’re a shocked, weeping mess.

At the end of the day, this is what it comes down to. You can’t really love a programme until you get emotionally involved with it and that’s what Game of Thrones is so good at. You only have to look at those videos of viewers’ reactions when one of their favourite characters dies to see how emotionally invested in it we’ve become. Tip – read the books first. It’ll be less painful.

So, really, the TV show appeals to our baser instincts – we don't really admit it but we like watching fighting, and sex, and families screwing each other over; it's not real, so it's fun. Of course, it wouldn't be anywhere near as popular if it wasn't for the brilliant writing and acting on the show. Do you like Game of Thrones? Have you ever gotten obsessed with a TV show?