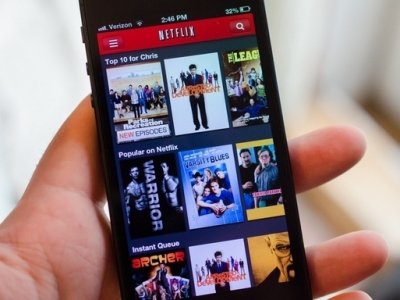 Surprisingly, there really are a bunch of interesting, bizarre facts about Netflix. If you don't already have a membership, what exactly are you waiting for? Netflix has become everyone's go-to on a rainy day in bed. I haven't even really kept up with real-time TV because I'm too busy watching old shows online! Crazy how that works, right? Anyways, check out these interesting facts about Netflix. You'll be surprised!

1. Netflix Outranks Cable TV in the US

This is one of the craziest facts about Netflix. It actually outranks any cable TV network in the US! I find that so incredibly impressive. But at the same time, it's kinda scary for TV ratings, right? Hmm.

2. The Idea behind It

The CEO of Netflix, Reed Hastings, got the idea for it back in 1997. The reason behind it? Blockbuster had charged him a late fee of $40 for a VHS copy of Apollo 13. So, the next logical thing, of course, was to create his own company. Don't you wish you came up with billion dollar ideas whenever you were charged with a late fee?

3. Blockbuster Turned down Many Offers to Buy Netflix

Blockbuster had many offers to buy Netflix. Crazy enough, they turned down every offer. Netflix was being offered to them for $50 million. Yeah, that sounds like a lot, right? Well, Netflix is now worth $20 billion. Guess they should've taken their chance while they had it!

4. Employees Are Sworn to Secrecy

Whoa... I guess this is a pretty serious matter! Netflix employees are sworn to secrecy on the locations of the DVD warehouses. I guess that makes sense though. If everyone knew where they were, there'd probably be riots for the newest releases! Would you be able to keep that much information to yourself?

Back in 2006, Netflix held a million-dollar contest. The challenge was to come up with the best DVD Recommendations algorithm. The most difficult movie for the algorithm to recommend was Napoleon Dynamite. How interesting!

Isn't this kind of weird? Netflix made a test movie, supposedly to test out standard film frame rates. Type in "Example Show" and you'll find it! It was shot at the Netflix HQ in L.A and includes some pretty bizarre footage.

No surprise. Netflix's most watched show is Breaking Bad. The show pretty much made TV history, and so before the series finale, thousands of people watched the entire series from the beginning. Netflix even had a spoiler foiler for the show! It made sure that those who were just starting the series wouldn't read any spoilers on social media. Pretty smart, huh? I don't know why exactly, but I'm one of those people who have yet to start the show. I know, I know, I'm behind. I'll get to it soon though!

The average Netflix subscriber streams around 90 minutes a day. I can personally tell you, this is accurate. Whenever I get settled in bed, I get my laptop and continue watching Parenthood. I'm on season 3, by the way! I tell myself I'll watch maybe 1-2 episodes that night but who am I kidding? I could finish the entire series right then and there. What's the longest you've been on Netflix in a day?

In order maintain its success, Netflix has to be very smart with its business moves. Therefore before determining which series it is going to purchase, it usually monitors Bittorent and other various pirating sites in order to see what is trending. Very clever move, very clever indeed!

You probably never really questioned the shape of Netflix envelopes but now that you think about it, do you wonder why they are not squares? Well apparently the choice of rectangular envelopes was solely based on expenses. USPS charges more for square envelopes and the difference is so significant that Netflix would have spent about $225 million more in additional charges in 2011 with square envelopes.

Netflix really cares about its subscribers and goes to great lengths to please them. It actually has several teams of people to watch various films so that they could tag every aspect of the movie, from the actors, directors, and genre to the type of movie ending and ratings. This is all just to make sure that Netflix recommendations closely tailer to our likes and dislikes!

13. First to Earn a Golden Globe

Netflix became the first original online programming service to win a major television award such as a Golden Globe. House of Cards' Robin Wright won Best Actress in a drama television for her performance and in addition Netflix received two other Golden Globes for 'Orange is the New Black' and 'Arrested Development'. Pretty impressive, huh?

There you have it! These facts about Netflix definitely blew my mind. Which fact were you most shocked by?