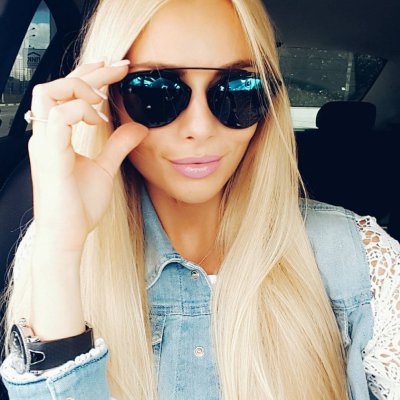 How many of you have seen the preview for the film White Girl? How many of you were even aware that a film like this existed? If the title makes you feel some feelings, I say good. Get all up in those feelings. If you suddenly feel angry and stereotyped, that may make you think. The movie made a ginormous splash at Sundance, and it still has people talking. A lot. Again, I say good. People need to talk. More importantly, people need to listen. Just based on the preview and early reviews, this is the kind of film that can open your eyes and change your perspective if you let it. I hope you let it.

On the face of things, you'll see a lovely blonde white girl falling in love with a Puerto Rican boy who lives in Queens and deals drugs. Seems like the classic good-girl-goes-after-bad-boy farce, doesn't it? Yeah, it's not. It's set up like a Queens romance at first, but that idyllic vision shatters pretty quickly.

2 Leah's Hedonism is a Central Theme

More specifically, Leah's hedonism as it relates to her whiteness is a central theme. Leah can be a hedonist. Leah can be all about pleasure and good times and parties. In general, she's never going to have to pay for it. She can party, she can do drugs, she can help sell them, and no one will ever think anything except that sweet Leah got involved with the wrong crowd.

Blue, judging from the trailer alone, is going to be one of the most powerful characters in the whole film. He lives on the fringes of all this decadence, all these parties and privileges – but he supplies them. When ish gets heavy, you know that, unlike Leah, he will be the one to pay for it.

That is, Leah's behaviors and attitudes are privilege personified, which was pretty much the point. Not only does Leah's race ostensibly keep her safe, but she firmly believes that she can use the color of her skin, her batting eyes, and her pretty, pouting, smirking mouth to get out of trouble – and to get others out of trouble.

5 The Film Explores the Idea of Whiteness as a Drug 💊

I get that. I love that. Because it's true. Once you're willing to stop crying out that you're colorblind, you can absolutely see that whiteness is the ultimate drug. It takes you out of yourself, it sets you on another plane of existence, everybody seems to want it (emphasis on seems to), and it's most certainly addictive. You'll never go to jail for having it, though.

6 It Spotlights the Clueless

7 And It's Coming September 16

What about you? What do you think of the preview, the premise, and the message?