7 Things Breaking Bad Has Taught Us ... 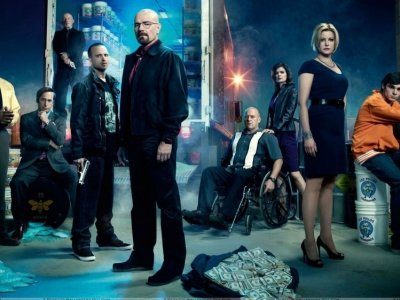 1 Fight for Your Family

We all know that the importance of family is a running theme in this series. Yet one of the most important things Breaking Bad has taught us is that no matter what the situation, you need to fight for your blood – your family. When Walt got cancer, his family fought, and fought to change his mind to get treatment. He didn’t want it. He was so set on just going away peacefully, but ultimately, his family was the deciding factor for him, and he got himself treated.

One of the things Breaking Bad has taught us is that chemistry is totally cool. If you can make a battery out of a beat down RV with sponges and whatever else Walt used, that’s something I want to learn! Of all the sciences I always liked biology best; it was kind of cool to get to dissect a pig! Then I started watching Breaking Bad and I’ve since switched to loving chemistry a whole lot more. Seriously, if they would only show this show in high school chemistry classes, it would be awesome.

3 Stick with What You Know

Speaking of chemistry, what this show demonstrated so well is just how important it is to know your strengths, and stick to them! Walt is great with chemistry, there’s no doubt about it. But when it comes to actually selling the product, that’s all Jesse. Remember when Mr. White tried to push and push more sales, and that ended up really, really bad for business? Someone died. Or how about the time when Jesse substituted the bathtub for plastic storage boxes? Jesse’s house became something that should have belonged on American Horror Story. One of the most important things Breaking Bad has taught us – stick with what you know!

Better call Saul! Since we know that there may be a sequel, one of the biggest things that Breaking Bad has taught us is to always, always have a backup plan. Saul has a back up for a back up; he has answers to almost everything. Of course not all of them are entirely legal (which your backup plans should always be), but it’s a good lesson to learn.

One of the most important things Breaking Bad has taught us is to never, ever confuse an education for intelligence. Think about it – Walt has this great chemical mind, he’s ridiculously brilliant, and quick on his feet, but he has very little street smarts to actually carry out an operation on his own. Jesse dropped out of high school, but he’s right up there with Walt when it comes to cooking. He knows how people work, and he understands how to relate. There’s a lot you can learn from a book, but you cannot learn how to interact with people through the written word.

6 Keep Searching until You Find What You’re Looking for

In one of the earlier seasons, Jesse was tasked with getting a pair of ski mask hats. He returned with coloured hats that had a giant white pom pom on them. Walt aptly told him that if he couldn’t find what he was looking for, to simply go to another store! When you can’t find what you’re looking for, don’t settle, go out and search for it! Of all the things Breaking Bad has taught us, using pom pom ski masks as a substitute is never a good idea.

I’m an Aquarius, and loyalty is considered to be one of our best traits. But beyond what my zodiac sign says, one of the biggest things Breaking Bad has taught us is the importance of loyalty. Skylar is loyal to a fault, Jesse never really strayed from Walt, everyone remained loyal to Gus, and no matter what Hank went through, his crew stayed with him. Who you remain true to shouldn’t be something that can be bought. You’re loyal to certain people because you choose to be, and that’s a power you should never, ever give up.

Breaking Bad ushered in a new era of television. Like many shows before it, from Lost to Prison Break, it kept us hooked. All of these shows taught us something. There’s a reason we love these shows so much, aside from the fact that they keep us overly entertained. We wouldn’t keep coming back if there wasn’t an element that we could identify with! So tell me, what other lessons did you learn from Breaking Bad?