5 Times Iris West Proved You Didnt Need Powers to Be a Hero ... 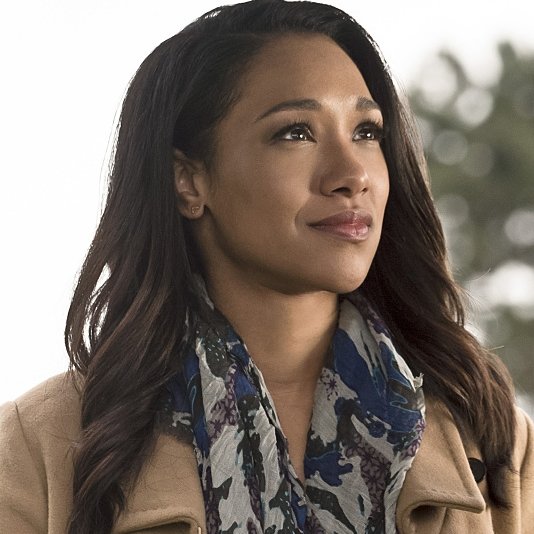 The Flash, known by those closest to him as Barry Allen, is Central City’s most celebrated hero. With speed powers he acquired from a lightning strike, he keeps the town safe from harm by locking up evil metahumans and rescuing the citizens from disaster. Barry doesn’t do it all alone though. His friends from Star Labs, some of whom are heroes themselves, help him out. Most notably, he does it with the emotional, and sometimes tactile, support of his best friend and wife, Iris West. Though Iris doesn’t have superpowers, she knows that true heroism is all about putting other people before yourself, and doing what has to be done -- a trait that she has down pact. Here are five times that Iris West helped save the day on The Flash.

1 When She Wanted to Prove Barry Allen Wasn’t Crazy

Iris West may be destined to become an ace reporter, but her initial descent into journalism was born out of her need to help her friend, Barry. Back in season 1, when a speedster showed up in town that matched the description of the man in lightning that Barry says killed his mother, Iris started to blog about him. Her angle was that if she could prove that the man Barry claimed he saw as a child could actually exist, she could help free his dad, who’d been wrongfully convicted of the murder, from prison. Little did she know that she was actually investigating Barry himself, which caused a bit of a conflict of interest. Iris’s father, Joe West feared that Iris’ blog would attract danger to her doorstep. Because of this, he made Barry promise that he wouldn’t tell her that he had powers, and also convince her to give up the blog. Spoiler alert: she didn’t. Why? Because she was determined to help her friend. But the best part is that once she saw the impact of her blog, her focus shifted from just helping Barry to helping the city regain it’s hope, proving that the scope of her selflessness is wider than most!

2 When Iris Saved Barry from Savitar

Barry Allen spent the majority of season three trying to save Iris from Savitar, an evil, demented version of himself. But when all was said and done, it was actually Iris who ended up saving him! After the final battle, Barry thought that Savitar had been defeated, but he hadn’t been. He was still alive and kicking. Savitar rose from the ground and started to run towards Barry with the intent to kill him. He would have succeeded too, if it hadn’t been for Iris who showed up and shot Savitar in the knick of time.

3 When She Pulled Barry out of the Speed Force

When Barry Allen uttered the words “There is no Flash without Iris West,” he wasn’t just waxing poetic for the sake of it. He doesn’t seem to be able to function much without her. Consider, for example, when he attempted to recreate the conditions in which he gained his powers, in order to get them back, but was instead, thrust into the Speedforce. While there, physical manifestations of the Speedforce took the shape of people he knew in real life and put him through a series of tests. Long story short, he couldn't return back to the real world until he caught a mysterious figure that kept running away from him. At the climax of the episode, Iris West eventually ended up relaying a message of hope to Barry inside of the speed force, which proved to be the anchor that brought him home.

To say that Iris and Caitlin Snow/Killer Frost have a complicated history would be an understatement. Actually, perhaps, it would be an overstatement. The truth is actually quite simple. Killer Frost tried to kill Iris, and most of Team Flash during one of her temperamental outbursts, induced by her desire to not have superpowers. Confused? Don’t worry, I am too. What matters, though, is the fact that Iris forgave her, and even tried to help Killer Frost in her own time of need. Talk about selfless! During season 4’s “Girl Night Out” episode, Iris put her own life in danger to stop what would have been a nasty, bloody battle between KF and another villain named Amunet. Later on, Iris also used her quick thinking to help defeat Amunet during a second battle.

5 When Iris Saved Central City from an Atom Bomb

During season four's “Enter Flashtime,” Barry Allen’s constant accelerated motion froze everyone in time. Why? Well, it was the only thing keeping Central City from being destroyed by an atomic bomb that had already been detonated. The moment he stopped moving, everyone and everything he loved was going to be blown to shreds. After his consultations with his speedster and scientist friends proved to be a failure, he brought Iris into flash time with him so that he could tell her he couldn’t save her, or the city. For all intents and purposes, Barry was about to give up. But not on Iris’ watch! Instead of letting Barry throw in the towel, Iris ended up coming up with a solution that ultimately helped Barry stop the bomb from going off. Who says you have to have five degrees in order to be smart?!

These are just a few examples of times that Iris West helped save the day on The Flash. If you love her as much as I do, comment below with your favorite act of her heroism -- there are almost too many to count -- and don’t forget to share this article with your friends!