7 TV Shows to Watch with Your Boyfriend ...

Sometimes it can seem tough to find TV shows to watch with your boyfriend, especially if you have different interests. I definitely wouldn't suggest watching shows like Bridezillas or Real Housewives regularly with your guy, but there are plenty of other shows out there you can both enjoy! Just because you're both watching the TV, doesn't mean you can't still bond while doing so. Thus, here are 7 great TV shows to watch with your boyfriend!

Vampires, sex, and gorgeous characters, who wouldn't want to watch True Blood? This is definitely my top pick of favorite TV shows to watch with your boyfriend. My boyfriend and I both love the show and make it a Sunday night ritual to watch the newest episode together. We are both big fans of fantasy based story lines, so if you and your boyfriend are too, then this is the perfect show! Plus, the show has a very sexy aspect to it, which makes it even better to watch with your boyfriend. Talk about spicing things up a bit on a Sunday night! Each season has tons of twists, romantic story lines, and a bit of comedy thrown in that the both of you will enjoy! Just make sure you both don't mind a bit (okay a lot) of blood and disturbing images.

2 How I Met Your Mother

How I Met Your Mother is honestly just a great show for anyone to watch, let alone one of the best shows to watch with your boyfriend. It's funny, it's cute, and best of all, it has some of the best life lessons I've ever seen in a comedy. Whenever I'm watching this show with my boyfriend, it brings back memories of times in my life and I end up telling him about them. You wouldn't think that watching a TV show is a good way to communicate with someone but it actually sometimes can be. I always find myself turning to him and asking, did that ever happen to you? Then we get to share a new story with each other and feel a little closer by the end.

I feel like watching HGTV as a whole is usually only best when watching with someone you've been with for a while. My boyfriend and I have become HGTV addicts since we've been living together and looking at the future. Property Brothers is definitely our favorite, as it takes fixer upper homes and turns them into a couple's dream home for a fraction of the cost! It's fun to watch with your boyfriend because it lets you see what each of you want in a dream home someday and if your tastes are similar.

If you're the type of couple who laughs at farting, randomness, and sometimes offensive jokes, then get it out of your system by watching Family Guy. This is a great show to watch even if you're a little busy working on something else because the story line really doesn't matter too much. I'm pretty sure my boyfriend and I have watched every single episode of Family Guy out there. It's just a great way to have a couple laughs together at the end of a long and rough day. It also shows your guy that you can take a joke and let loose a little bit.

American Horror Story gives you a great excuse to hold your guy close during a TV show. It's creepy and disturbing but the characters and story line make it a great show for the both of you to enjoy! It's great if the two of you usually enjoy scary movies and the adrenaline rush they give you. My boyfriend and I play a game out of trying to guess what twists will pop up each season, because there's usually one just about every episode. Usually we're both wrong but that's what makes it so fun!

I started watching this show because of my love for Joel McHale, and it ended up becoming a favorite for my boyfriend and I. The series follows a group of students at a community college and has some of the most clever and funny writing that I've seen lately. They also heavily use pop culture references in the show by often parodying film and television clichés. Plus, I love the fact that the show is funny all the way through, and then often has this very serious life lesson at the end of each episode. It's a show where both you and your boyfriend will fall in love with the characters.

I wasn't too sure about watching The League but my boyfriend really wanted to see what it was about. I'm not into football so I didn't think it was going to interest me at all. I was definitely wrong. Although the show centers around a group of friends who have an ongoing fantasy football league together, it's really funny and I understand everything that's going on. The reason this show is great to watch with your boyfriend, is because you can ask him questions about how a fantasy football league runs if you do ever feel lost in the plot. I assure you, your guy will love to explain to you how it runs and then some. Plus, if you hate football...it's definitely better to watch The League than sit through watching a football game together.

These are mainly the TV shows that my boyfriend and I personally watch. I figured if they worked for us, they would work for other couples as well. But of course I know that everyone has different tastes and something I might like isn't what you might like. So see if your guy already has some shows he loves and thinks you may be interested in, or visa versa! What are your favorite shows to watch with your boyfriend? 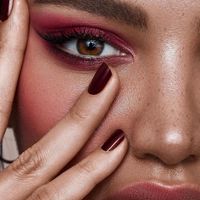 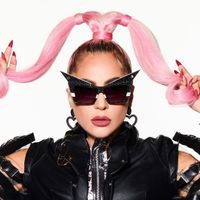 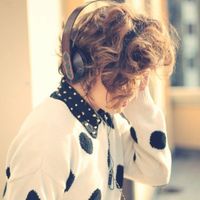 Songs about waiting for love to come 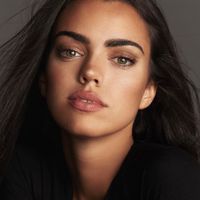 7 Movies That Will Lift Your Spirits and Motivate You ...

This cool guy my gardener met yesterday configures the cat-woman to make a pie. ...
Is winding someone up a form of flirting ...
What is the best time to drink smoothie ...
How to get rid of nosey neighbors ...
Whats up funny reply ...
How to host a good party ...
Paris riche stylo smoky hollywood ...
The flash hacks this cool guy my gardener met yesterday for no apparent reason. ...
How to style a maxi dress ...
What are you capable of ...