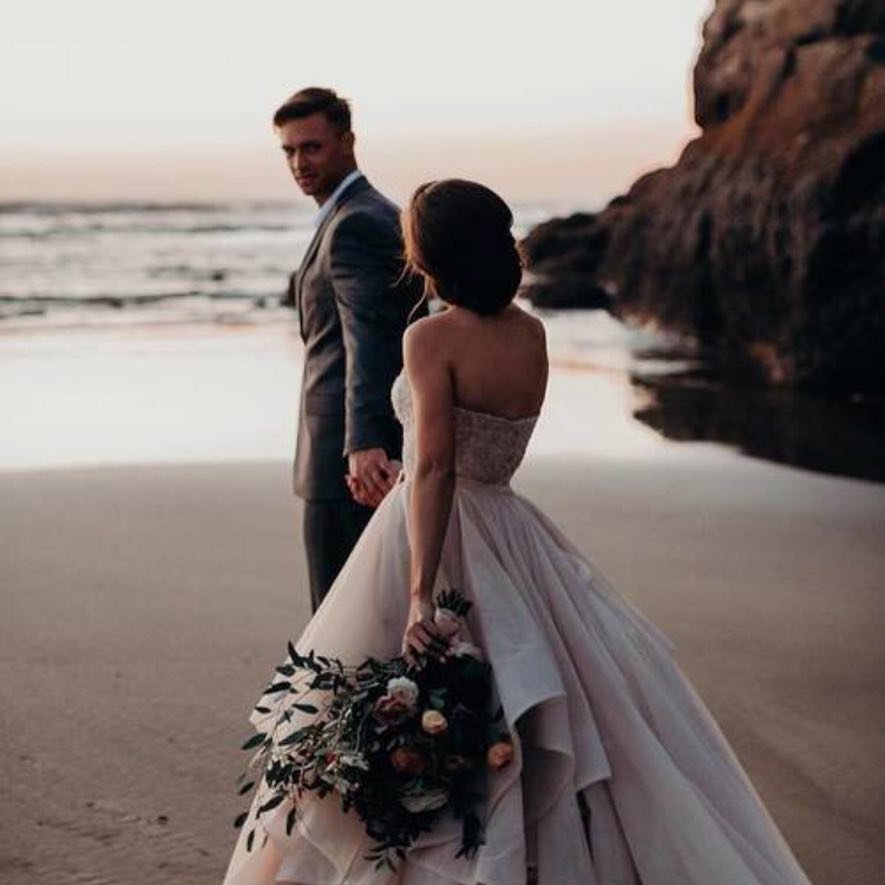 I have seen this scene more times that I can remember; it’s definitely one of the most romantic scenes on TV. Pam is so obsessed with the wedding being perfect (as most brides are) and Jim is trying to solve every problem. Jim, being the perfect man that he is, has a backup plan. The two get married on a boat tour of Niagara Falls, but we don’t see this until later. During the actual wedding scene where their wedding party copies the viral video of the people dancing down the aisle to a Chris Brown song, the audience is shown clips of Jim and Pam getting married on the boat. The first time I saw it I couldn’t help but cry. I love them so much.

I can’t watch this scene without getting teary eyed! I can never choose whether I like Buffy better with Angel or Spike. All I know is that when Spike finally spills his heart out to her, it shows that he truly loves her for who she is. She’s about to face the apocalypse and he tries to comfort her by telling her that she is strong enough and he knows this because it is one of the reasons that he loves her. He was once the most evil character in the show and all of a sudden he’s this sweet and romantic guy who makes me teary eyed.

What makes this scene so romantic is the background story. Ned can bring things back to life with his touch, but if he ever touches the thing or person again, they die again. Ned brought Chuck back to life because she was his childhood sweetheart. They obviously have feelings for each other throughout the show and Chuck decides she wants to kiss him. When he’s not looking, she picks up a piece of plastic wrap and when he looks at her she puts it on his face and kisses him. It’s the only way they realize that they can touch and it’s dangerous, but worth it.

How could Ross and Rachel not be on a list involving love?! In season 2, after Ross and Rachel get into a fight about their feelings for each other, Ross kisses Rachel for the first time. The whole scene is so romantic! Of course it’s raining, it takes place after a fight, and there are no words exchanged when Rachel opens the door to Central Perk. Sadly, even though this is an extremely romantic scene, we still have to wait until the end of the series for them to get together!

I love Logan and Veronica from “Veronica Mars.” I was rooting for them throughout the entire show and I’m still upset we never got to see how things worked out between them. In this scene, Logan confesses to Veronica that he always thought their relationship was epic because it spanned over years and there was bloodshed. My favorite part is when Veronica says that relationships shouldn’t be that hard and Logan says that nobody writes about the ones that come easy. Boy, does he make me swoon.

I’m pretty sure Big and Carrie are one of my favorite TV couples! In this scene Big finally opens up to Carrie about memories he has with his parents. Eventually they start to dance the twist together and then start to slow dance with Moon River playing in the background. It’s such a simple moment, but you can see how happy they are with each other. They spend that time together laughing and smiling with each other. In this moment you can feel the love between them.

Melanie and Alec are a new couple in “Hot in Cleveland,” so I don’t know how I feel about them just yet, but they shared one moment that stands out. Melanie describes that she envisions their first kiss to be perfect. To her, this means in France with the Eifel Tower in the distance, music playing, and lights all around. Since this can’t happen in reality, Alec sets the scene up on her front porch; he even included a mini Eifel Tower so it looked like it was in the distance. It was just so sweet! Anyone who takes the effort to make something special for you is definitely worth it.

Now I feel so lovey dovey! I can’t help but smile, cry, or both at all of these scenes! The people who come up with this stuff are amazing. Which is your favorite? Are there any that I missed?