With 24 Live Another Day just around the corner, now is a great time to remember some amazing 24 moments. When I was first introduced to 24, I was a little dubious. Until that point, my interest in television series had revolved around the likes of The O.C. Within three episodes, I was utterly hooked. There has been some amazing 24 moments over the years, so hopefully Jack’s last installment will be equally spectacular.

Just when we think Jack Bauer is a goner, he returns from China in Season 6. A shadow of his former self, poor old Jack has grown a not-so-attractive beard. It isn’t long before a little dose of patriotism and adrenaline get him going again. Let’s face it, they weren’t going to keep Jack Bauer down for long, were they? Definitely my favorite of all the 24 moments.

2 The Return of Tony Almeida

When Tony Almeida left 24, I was beyond sad. But then, who could’ve expected the poor guy to continue after the death of his partner? When Tony makes his return, it first seems as though he has defected to the dark side. It isn’t long before he’s back on Jack’s team, giving us all hope again. 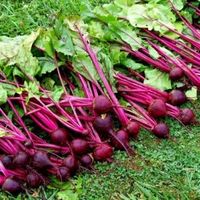 7 of the Healthiest Vegetables That Are Easy Enough for Any Gardener to Grow ... 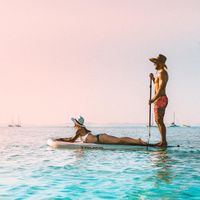 3 Finding out Charles Logan Did It

Okay, I think we all suspected that Charles Logan was somehow complicit in the dramas of Season 5. When it actually becomes apparent, you somehow generate more hatred for the guy than anybody who has ever existed. Ever. When he makes his return in a later season to aid President Taylor, you just KNOW it is going to end badly.

For a while, it looks as though Alison Taylor is going to enter a peace agreement with a dictator. In fact, she is teetering right on the edge. At the last moment, she stops paying attention to the likes of Charles Logan and backs out. To me, even though she wasn’t lily white during that series, that moment saved her.

5 The Bombing of CTU

What could go worse than the bombing of CTU? When it becomes obvious that CTU is a legitimate target in Season 2, your heart beats ridiculously fast. It lays out the groundwork for Season 3 perfectly. You can’t help but feel as though everything is going to fall apart for everyone there forever.

6 Nerve Gas in the Shopping Centre

I don’t think I have ever felt as terrified as I did watching the nerve gas scene unfold in the shopping center. Although Jack managed to protect himself well, a large chunk of the staff at CTU went down. One of the most heart wrenching moments is realizing that the gas could hit the innocent people inside. With such rapidly fatal effects, the nerve gas has potentially devastating consequences.

When Chloe first broke onto the scene in 24, I wasn’t too struck on her. As time went on, her sullen ways suddenly became endearing. When she returns in Season 7 following her absence in Redemption, it is a heart-warming moment. She is a little on the odd side, but easy to love.

Looking through collections of 24 moments, it is so clear everyone has their personal favorites! I think that is the most amazing aspect of the 24 series, it has the potential to strike us all in different ways. This is why I can’t wait for Live Another Day. If you have a favorite 24 moment, what is it?

gardening
7 of the Healthiest Vegetables That Are Easy Enough for Any Gardener to Grow ...
money
How to Turn Your Hobby into an Extraordinary Business ...
weightloss
Melt Away Your Armpit Fat with the following Exercises ...
travel
6 Ways to Travel Differently for People Wanting More from Life ...
fashion
What outfits do guys like

What's the difference between mist and perfume ...
Why are whole foods better for your health than processed foods? ...
What should be the body fat percentage in women? ...
Which of the following is the most pesticide-contaminated food? ...
How much alcohol makes you drunk ...
Is it good to eat pineapple at night ...
What should i make for dinner ...
Café mais famoso do starbucks ...
How much alcohol to get drunk ...
What foods are creamy ...