7 Awesome Reasons Why You Should Binge Watch Once upon a Time ... 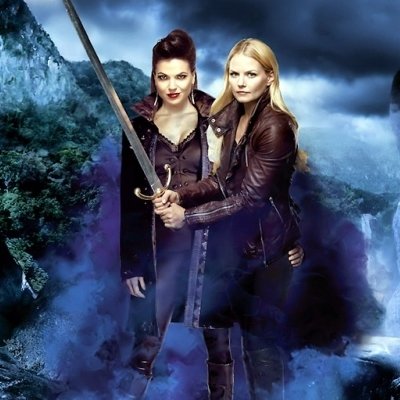 There are so many reasons to watch Once Upon A Time. If you have a subscription to Netflix, do yourself a favor and start the binge-watching TONIGHT! I just recently hopped on the 'Once' fan bandwagon and I'm so glad that I did. I became obsessed with the characters and their stories and now I'm already caught up with all episodes. Check out the reasons to watch Once Upon A Time.

The show's cast is a major key in the show's success. The acting in this show is incredible and it's all due to the actors of course. Ginnifer Goodwin and Jennifer Morrison shine in their roles, along with everyone else. I'm truly impressed with the entire ensemble and all their hard work. This is just one of the reasons to watch Once Upon A Time!

'Once' is doing a fantastic job in keeping the mythology model of storytelling. The show often balances dual stories in a single episode – one in the pre-cursed fairytale realm, and the other in present day Storybrooke. Shows like these are definitely difficult to achieve but I think 'Once' is doing everything right.

I don't know about you but the story lines in 'Once' always have me hooked. The first season revealed a lot but in a slow and steady way. A lot of individual episodes were dedicated to the individual introductions of characters and their backstories. The stories all became connected to each other in subtle and unexpected ways. In recent seasons, the storylines have become tighter, featuring major and minor characters in its story arcs.

Once features a large (and insanely talented) cast – and many of those cast members are women! Since season one, we've seen the debuts of characters including Snow White, The Evil Queen (Regina), Red Riding Hood, and more. Through their presence on the show, the audience has been given female characters who are not only strong and independent but also very human and flawed. That makes them a lot more relatable and interesting, making them seem "real" to the viewers.

Dialogue is a huge part of any television show. It has to be engaging and relatable. 'Once' does a great job with that. The Storybrooke characters are all relatable and Emma, the heroine, is always sassy and witty which is fun to watch.

Everything about this show is appealing. Not only are all the princes (and pirates) charming and handsome, and all the princesses (and fairies) beautiful, but the costumes really stick out too. The show's hair and makeup team really do a fantastic job with giving the characters an otherworldly quality. I don't know about you, but when I watch the show, and see all the costumes of 'fairytale land', I can't help but truly believe in that realm!

Well, there you have it! These are just seven out of many awesome reasons why you should be binge-watching ABC's Once Upon A Time. If you're a fan of the show, what's your favorite thing about it? What do you think fans should expect from season 4?