7 Compelling Reasons to Jump on the Wahlburgers Bandwagon ... 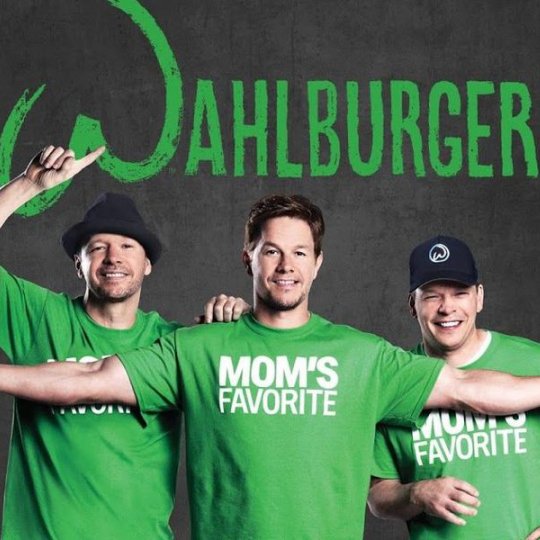 Wahlburgers is an amazing show on A&E, and if you're not watching it, you need to start. I'm usually not big on reality shows like this. I like my reality TV like I like my garbage cans: trashy! However, my parents started watching this because since I moved to Massachusetts, they watch anything having to do with Boston and the North Shore. They've been telling me about it for ages, mainly because they want me to take them to the restaurant the next time they come up. See, Wahlburgers isn't just a show, it's an actual place. More than that, it's a way of life, as the Better Half and I discovered when we finally caught a mini-marathon. And here's why you, too, need to jump on the Wahlburgers bandwagon.

The premise is one of the best things about Wahlburgers. It's a reality show but there's no trash, no backstabbing, and the drama you see is the kind you probably experience with your own family. That it's based on a real life restaurant, rather than one manufactured for TV, is even better, because you could have the opportunity of visiting the spot that inspires the show you find so entertaining.

So obviously, Wahlburgers is the brainchild of the Wahlberg family. You know, like Donnie Wahlberg, the bad boy of boy band New Kids on the Block. He's largely ditched that persona from his early NKOTB days, though; the guy's a sweetheart, and so funny! In addition to achieving musical fame and reuniting with a band that still sends the hearts of '90s babies fluttering, he's also proved his chops as an actor. For all of that, however, he's still so close to his brothers – and he's still a total mama's boy.

Mark Wahlberg is, of course, Donnie's younger brother. As a matter of fact, he's the youngest of nine siblings. A former sort of rapper, a former Calvin Klein model, a talented actor, and now a reality show star – so you'd think he'd be completely ego-driven, right? Not at all. Watching him still fighting for independence, recognition, and respect from older brothers Donnie and Paul (the magic chef behind the Wahlburger) is actually adorable. He's still just the kid brother.

If you're a fan of Entourage, you know the show and the upcoming movie were based around Mark Wahlberg, right? That connection is alive and well in Wahlburgers. As a matter of fact, you get to see the real Johnny Drama – and yes, Johnny Alves is actually called Drama. I don't know, though, I still think Kevin Dillon's my favorite.

The North Shore might only be my adopted hometown, but I'm a total Masshole convert. I love this place, and I love seeing it getting positive attention. Although I'm on another area of the shore, I adore Boston and its surrounding areas. Getting a view of Hingham each week is wonderful. In addition to seeing places I recognize, I see new places to explore. Even if you don't live around here, you'll love the colorful neighborhoods and the characters who inhabit them.

Wahlburgers might seem like a show about a restaurant, but it's really a show about family. Seriously, family is everything to the Wahlbergs, even when they're sniping at each other. They make it a point to come together, and view this business venture and culinary adventure as an opportunity to spend more time together. How sweet!

Lastly, but by no means least, matriarch Alma Wahlberg is absolutely amazing. This woman loves her family, she adores her boys, but neither Donnie and Mark will ever be Hollywood in her eyes. She's still quick to put them in their places, and although she dishes out love that's palpable even through the television screen, she takes absolutely no crap. She also has a laugh that will warm you up and coax a few answering chuckles.

As if weekly doses of Donnie weren't enough, we thought it was of utmost importance to share some tidbits from the upcoming Wahlburgers double-header! NKOTB fans will get to see a mini-reunion in the first episode, featuring the sweet siren song of the still-adorable Joey McIntyre. Rumor has it that there's going to be some epic pranking going on as well, all in the name of brotherly love. In the second episode, we get some much-needed focus on Chef Paul, who's celebrating the big 5-0! It promises to be a sweet episode, not only because Paul's never really been big on celebrating his birthday (evidently Alma celebrated it on the wrong day for 22 years!), but also because we get to see Paul, Donnie, and Mark on screen together for the first time. Sweet! The show starts at 10:00 pm EST, so don't miss out.

Wahlburgers really does make fantastic food. It doesn't matter if you try Jenny McCarthy's Chicago dog or one of the classic burgers, you'll fall in love. For that matter, I won't talk you out of trying Alma Nove. The show's only a few episodes in, but it's fun, it's frenetic, and it's all about family. Even the promos are adorable (just check out the one involving Mark's childhood toy). Have you ever had a Wahlburger? If not, just wait; the boys are expanding, and the rumor is they'll soon be opening a restaurant in Lynnfield, which is much closer to Peabody. What about the show, have you seen it?