I like animated movies a lot (I know, I know, I’m still a little child inside) and I’m not sure if you already know, but there are a lot of great animated series for adults as well that surely won’t disappoint. I’m actually a huge, huge fan of all the wonderful animated series for adults; I never miss an episode of any of these shows. I hope you share my little passion and you will enjoy these animated TV series I will tell you about in the next lines.

On iTunes at: itunes.apple.com
My all-time favorite animated series for adults is, and will ever be, Futurama. I love this show so, so much! It’s such a clever show, it’s extremely well-written and it has a wonderful mix of characters. It tells the story of Philip J. Fry, a pizza delivery boy, who, because of the fact that he was working on the New Year’s Eve, ends up making a delivery to a cryogenic freezing lab and accidentally freezes himself for 1,000 years. When he wakes up, his adventure really begins! You definitely shouldn’t miss this one; it’s such a great show to watch!

On iTunes at: itunes.apple.com
I could say without a doubt that The Simpsons is one of the greatest television shows of all time. It’s definitely one of my favorites! I could say that I grew up with this show, and I’m sure that many of you have too. I really, really love the characters; they’re so unique and incredible funny and I even thing that Homer has become even more hilarious than in the first couple of seasons. I could definitely say that this is one of the best shows ever and I’m sure that you won’t disagree! 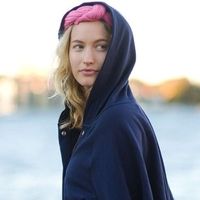 7 Ways to Run Better with Each Passing Day ... 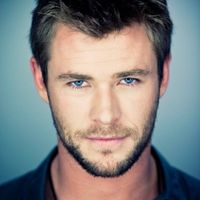 On iTunes at: itunes.apple.com
I enjoy a lot the works of Seth MacFarlane, and of course, I couldn’t miss this amazing show either. I think it’s his best show, because it hasn’t got all those quite-disturbing jokes and in my opinion, is far more well-written than all his other shows and the characters are more human. If you haven’t watched it yet, you should reconsider and give it a chance! I’m sure that after a couple of episodes you find yourself enjoying this great animated show too.

On iTunes at: itunes.apple.com
Here is another one of Seth MacFarlane’s amazing shows! This is definitely a fantastic show, which tells the story of an American family who has to face day to day struggles that turn into extremely hilarious and incredible stories. The characters in the Smith family can really keep the viewer entertained and you will find yourself laughing the whole way through. So, you will see that this show is definitely worth a shot!

On iTunes at: itunes.apple.com
This animated show could be best described as being ridiculously smart and even outrageously funny. If you are easily offended by the rough jokes, it will be better to skip this one, because sometimes it even manages to offend me too. But, still, this is one of the greatest animated TV shown out there because it’s so funny, edgy, brilliant and extremely creative.

On iTunes at: itunes.apple.com
In my opinion, this is definitely the smartest cartoon on television these days and it really stands out from the crowd! I really love the characters (especially Mabel and Grunkle Stan), the plots are also very interesting and quite unique and it’s filled with a lot a great deal of mystery adventures. This is really an amazing and one of a kind show that you’ll easily fall in love with!

On iTunes at: itunes.apple.com
A lot of people said that South Park is one of the most misunderstood shows on TV, but I find it very intelligent, very creative and sometimes, even a bit offensive, but somehow I still find myself watching it every time. This show has crossed about every line that a TV series can cross, I definitely hadn’t expected that from an animated TV show and I’m quite surprised it hasn’t been cancelled yet. But, still, it’s a very funny show that you might really enjoy, so go ahead, give it a chance!

So, there you go, my list of 7 great animated TV series for adults that I enjoy watching! Do you watch any animated TV shows? What other animated series would you recommend me? Do tell!

running
7 Ways to Run Better with Each Passing Day ...
health
9 Incredible Natural Remedies for Period Pain ...
inspiration
19 Things for Girls in Their 20s to do to Be Happier Later on in Life ...
health
7 Lovely Ways to Show Your Support for American Heart Month ...
celebs
Ice bucket challenge hot

Is persistent a good thing ...
What soda has the least amount of calories ...
How to pronounce junk food ...
Is maple syrup better for diabetics ...
Is canned tuna high in mercury ...
What is a chicken and fish diet called ...
Why do humans drink cow milk ...
How to compliment a dick ...
What scent turns a man on? ...
Simple is gourmet ...