7 Private Eyes in the Movies and on TV Who Get the Job Done ... 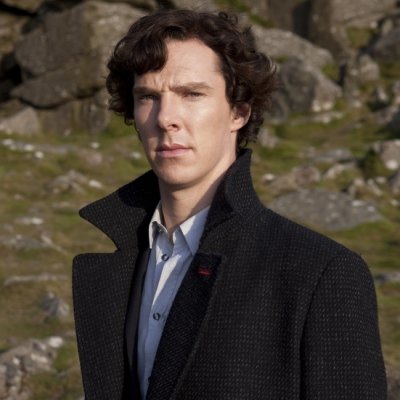 We’ve all fallen in love with Benedict Cumberbatch as Sherlock Holmes on the small screen, but many years previously, the wonderful creation of British writer Sir Arthur Conan Doyle was one of the first private eyes in the movies. Ably assisted by Dr. Watson, Holmes uses deductive reasoning and beguilement to unravel a series of clues to solve a great mystery. The enigmatic, violin playing sleuth has been played by names such as Sir Basil Rathbone and Larry Hagman, but Robert Downey Jnr has enjoyed great success as the character in recent years.

As Magnum P.I., Tom Selleck made the bushy mustache sexy. He was known for his exotic taste in Hawaiian shirts and Detroit Tigers baseball cap. Driving around in a Ferrari, he was the scourge of all manner of criminals that dared defy the laws of the Hawaiian island of Oahu. Magnum P.I. was an incredibly popular prime time series. During the first five years the series was aired, it was always in the top twenty US television programs.

Philip Marlowe is the creation of Raymond Chandler. He is an old school, tough, hard-drinking, wisecracking private eye but he is also philosophical and prone to quiet contemplation, enjoying chess and poetry in his relaxed moments. Many people consider the casting of Humphrey Bogart as Marlow in The Big Sleep to be a genius decision; a man mastering his craft at the height of the popularity of film noir – giving the quintessential P.I. performance.

Nancy Drew is one of the few recurring female screen private investigators. The teenage girl detective appeared in the 1930s but is not attributable to any particular writer as the publication name of Carolyn Keene masked a number of ghost writers. The daughter of attorney Carson Drew, Nancy helps rid the streets of fictional town River Heights of trouble and solves some of its mysteries, and later jet sets to exotic locations to seek answers to bugging questions. Magnifying glass in hand, Nancy appears in five movies and two television shows.

The most unconventional of all on-screen private investigators is Angel, head of Los Angeles based Angel Investigations. Angel is the brainchild of Joss Whedon and the series is a spin off from the stratospherically popular series Buffy the Vampire Slayer. With the company motto of “helping the helpless,” Angel and his trusty band of misfits fight the supernatural evils that stalk the night (and day!).

Ellery Queen is one of the classic detectives of “whodunit” mysteries. Created in the Golden Age of the mystery novel, the intricately plotted Ellery Queen stories are those where the reader learns the clues along with the detective, making them great mysteries for anyone who fancies themselves as an amateur sleuth. It may not be a name you’re familiar with but there are 11 Ellery Queen movies, a handful of made for TV movies, and also TV series.

Agatha Christie is the undisputed queen of crime writing fiction. She created a number of serial investigative characters who have been brought to life on screen, including Miss Marple and Tommy and Tuppence Beresford. Most attribute her greatest creation to be Hercule Poirot – the little Belgian detective with slicked back hair and curled mustache who puts his little grey cells to work to unravel the mysteries behind dastardly deeds (usually murder) and bring the evil perpetrator to justice. David Suchet made the TV Poirot his own, but on the big screen he has been magnificently portrayed by Peter Ustinov, Alfred Molina, and Albert Finney, among others.

There have been hundreds, maybe thousands of one-off TV and movie private eyes, but the serial/recurring ones give us a chance to get to know their characters and their methods. Do you have a favorite or do you not enjoy crime mysteries?