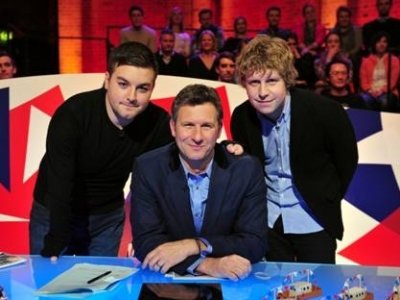 I fully appreciate that non-UK readers may have no idea of the reasons to watch The Last Leg but, please, if you want to see something totally refreshing, with an attitude you probably never imagined to be aired in such a fashion, please give it a try. Channel 4 has always been regarded as the forerunner of avant-garde television in the UK, and the Paralympics and The Last Leg has a natural home on this channel. It’s funny, it’s informative, it's sometimes controversial, it's offbeat and in my opinion, it can change attitudes. Here are the reasons to watch The Last Leg.

The Last Leg came to being as the sister show to the London Paralympic Games of 2012 which were shown in the UK on Channel 4. Fronted by Australian comedian Adam Hills, co-hosted by Alex Brooker and Josh Widdicombe, The Last Leg provided an alternative review of the day’s events from the Paralympics and was as a huge hit as the games themselves. Channel 4 and viewers obviously found plenty of reasons to watch The Last Leg because it is now on its fourth series, the latest one coinciding with the Winter Paralympics in Sochi. A testament to the show’s success is that two series aired without any sports events to follow. Let’s remember too – this is a comedy show about disability!