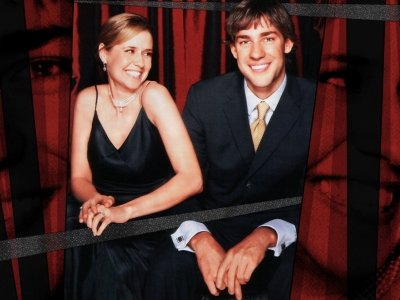 The Client was one of the first episodes with really memorable Jim and Pam moments. It’s technically the episode with their “first date,” as Jim points out to Pam. After reading Michael’s screenplay with the rest of the office, Jim and Pam have dinner on the roof of the office building. It’s adorable, and you will be screaming at Pam by the end of the episode. As Pam says in a season nine episode, “It’s like we were in love and we didn’t know we were in love.”

Not much needs to be said for Casino Night, because it has stood the test of time as the best Jim and Pam episode, even years later. I don’t want to spoil too much if you haven’t seen it, but Jim finally tells Pam he’s in love with her and it’s a little bit of a mess. That being said, even after we’ve watched them get married and have kids, Casino Night is still the best Jim and Pam episode.

While it’s definitely not the most conventional Jim and Pam episode, it’s still a pretty great episode. Jim’s dating Karen, and Pam’s not really having that anymore. After being the only person in the office to complete the coal walk, Pam tells Jim how much she misses him in front of the entire office. It’s one of the most empowering moments on the show, especially coming from Pam. It’s the episode that finally brings them back together, even if it’s just as friends for the time being.

Money has personally always been one of my favorite Jim and Pam episodes. They spend the night at Dwight’s bed and breakfast and hilarity ensues. Not only is it amazing to see Jim and Pam’s pranks on Dwight in an environment outside of the office, but it’s also adorable to see them act like a real couple for the first time. We often don’t see them act like a real couple in the office setting, so this episode was pretty exciting for all of the Jim and Pam fans out there.

Jim and Pam are absolutely perfect in this episode, which should go without saying considering that it’s the wedding episode. From the imaginary camera to the surprise announcement, there’s nothing that you won’t love about this episode. They run off and get married on the Maid of the Mist, and you will probably sob watching it.

A lot of people stopped watching The Office after Michael left. If you’re one of those people, this is an episode you need to watch. Jim and Pam were on rocky ground throughout all of season nine, and this is the episode where it finally turns around a little bit. After months of uncertainty, finally fans can breathe easy. Jim and Pam are going to be all right!

What’s your favorite Pam and Jim moment? Is it in this list? Let me know in the comments!