7 British Sketch Shows That Will Get You Laughing ...

Thanks to UK Gold and Dave TV channels, I’ve been able to watch British sketch shows that were made before I was even born! Good comedy should be timeless but I have definitely found that some comedy is actually of its time and can give someone who didn’t live in the era it was made some insight into those times. At least, studying history is my excuse for binge watching some of these British sketch shows.

Other than the general humorous elements, this is one of the British sketch shows that you probably enjoy more if you have any idea of what a strange people we Brits are. There are some characters that most will find funny – such as the Only Gay in the Village and the loveable lot from Fat Fighters, but others very much play up certain traits of Britishness. David Walliams and Matt Lucas bring us the most crazy, weird and definitely strange set of people – most of whom you’ll love but not like very much, if you know what I mean.

This was groundbreaking back in its day because it was the first real sketch show were the main performers were women, producing comedy mainly for women – although some men do say it helps them understand our little idiosyncrasies a little more! The trio of Fiona Allen, Doone McKichan and Sally Phillips went into women’s issues and characteristics and behavior like never before. 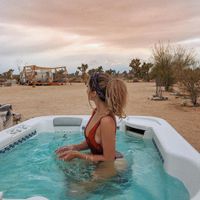 7 Reasons to Love the Jonas Brothers ... 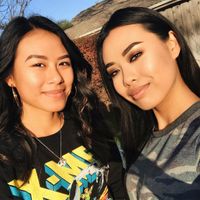 What Makes a Strong Woman

This is one of the bravest and funniest British sketch shows ever. Goodness Gracious Me was initially shocking because it was a group of four very talented Indian/Pakistani comedians really taking the mickey out of themselves and more particularly, the way they were portrayed by the British media. They up-played every Asian stereotype, maxing it out to its most weird and funny with a hilarious mix of one-off and recurring characters.

Before Absolutely Fabulous and The Vicar of Dibley, Dawn French and Jennifer Saunders were one of the UK’s favorite double acts and we caught their crazy antics on their show French and Saunders. Although massively busy with their own individual projects these days, they do get back together to produce seasonal specials and they are always worth tuning in to – especially because they chose a movie to spoof as a running theme. We’ve had Star Wars, Lord of the Rings, Harry Potter, Silence of the Lambs and Titanic and they’ve been priceless.

5 Not the Nine O Clock News

My mother told me there was absolute uproar across the country when his program first aired. Anyone over a certain age just, quite simply didn’t get it. It was at the forefront of the new wave of comedy that hit Britain in the early 1980s (although it first aired in 1979). Not the Nine O Clock News was shown on BBC2 while the Nine O Clock News was on BBC1 and was a fast –paced, catalogues of sketches that parodied the real news, issues of the day, general spoofs and parody songs.

There’s only one word for this – irreverent – as so many great modern British sketch shows are. One of the nation’s favorite redheads entertains us with a lineup of characters that are completely barking. CT even has the honor of having brought us a word that is now in the Oxford English Dictionary – “bovvered” as in “am I bovvered?” Lauren, the argumentative teenager and her catchphrase became so famous, she even appeared in a sketch for Comic Relief with the then UK Prime Minister Tony Blair.

Despite that its final series was aired back in 1974, Monty Python is cited as being the most seminal of British sketch shows and set the blueprint for all that followed. It was anarchic and mad. Critics called it subversive and surreal, fans just simply loved it. Many of their sketches have passed into the annals of comedy history such as the Spam Song, the Dead Parrot, I’m a Lumberjack, Ministry of Silly Walks, Hells Grannies and the Spanish Inquisition. The perpetrators of this convention-smashing humor went on to make movies that had us rolling in the aisles.

There are so many British sketch shows you can catch on YK TV, American cable, Netflix and YouTube or, if you fall in love with them but the box set DVDs. Do you have any favorites? 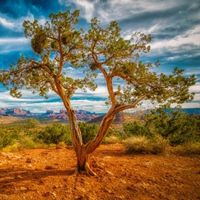 The Magic Faraway Tree Coming to a Land near You - Soon ... 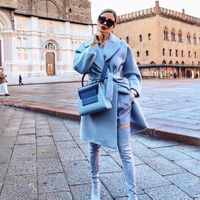 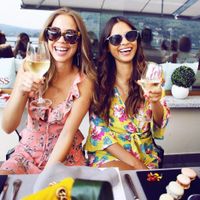 4 Amazing Ways to Give Awesome Advice and Have Them Listen ... 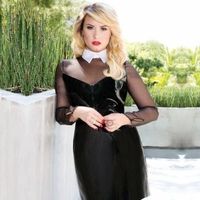 7 Celebrities Who Changed Their Lives Drastically ... 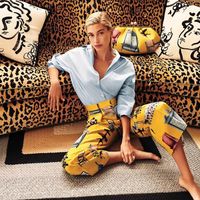 My boyfriend talks to his friends more than me ...
How to vegans get protein ...
How to hide dark circles ...
What foods have a lot of protein ...
How to make lingerie ...
What are grapes good for in your body ...
How would a haircut look on me ...
What the best breakfast when trying to lose weight ...
What does it mean when a guy says you make him feel good ...
How much rent should i charge my child ...