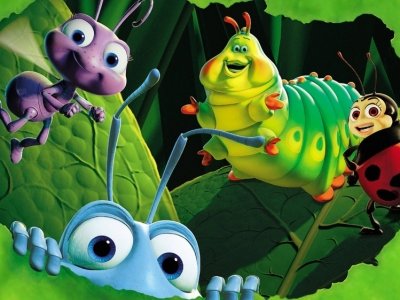 Disney relationships have a reputation of teaching young girls the wrong message. People criticize the classic movies for having female characters that rely too heavily on their princes. However, there are tons of Disney relationships that send a good message. They teach girls that they’re valuable members of society, and that their gender doesn’t define them.

Rapunzel and Flynn are an adorable couple that manage to take care of one another. Flynn isn’t the strong one in the relationship. They’re both intelligent, capable people who know how to survive. Tangled contains one of the Disney relationships that portray men and women as equals. Sure, Rapunzel needed Flynn, but he also needed her.

This new Disney film is adorable and entertaining. Although the main character falls in love after a day, her feelings are made fun of by other characters. The film points out how ridiculous it is to rush into a committed relationship with someone after a few hours of knowing them. Instead, you must really get to know someone. Your true love could be someone whom you didn’t even like at first. It's amazing how drastically time can change your feelings.

Simba and Nala were best friends since they were cubs. They have a lot of history, and they clearly love one another. Even after they’re separated for years, their feelings remain. When they’re reunited, they love one another as much as they ever had. They’re proof that absence makes the heart grow fonder.

Meg is a strong woman who is able to take care of herself. She resists Hercules’ help, because she knows how to survive on her own: “I’m a damsel, I’m in distress, I can handle this.” Although she falls in love with Hercules, it isn’t because she needs him. Their relationship is a healthy one, even by today’s standards.

Mulan’s aim isn’t to become a wife. She learns to become a fighter and is strong both mentally and physically. Her relationship with Li Shang doesn’t develop out of her desire to be with a man. Their love blossoms from their mutual respect for each other. Neither of them believes they are better than the other.

Who says ants can’t be role models? Flik and Atta have a special relationship that should be admired. When Flik is in danger, Atta is the one to save him. They rely on each other for protection, so it’s no surprise that they end up as a couple. Once their adventures end, Flik receives the recognition he deserves and Atta becomes Queen. It’s the epitome of a happy ending.

This movie pokes fun at the unrealistic aspects of storybook love. A princess leaves her picture perfect world, and is transported into the real world. When she meets the love of her life, she realizes that Prince Charming isn't exactly as she pictured him. This film shows that you can't expect love to occur like it does in fairy tales. If you expect your soul mate to arrive on horseback, you're only going to be disappointed.

It’s never a bad idea to relax by turning on a Disney film. No matter how old you are, you can always enjoy a good story. What’s your favorite Disney movie?