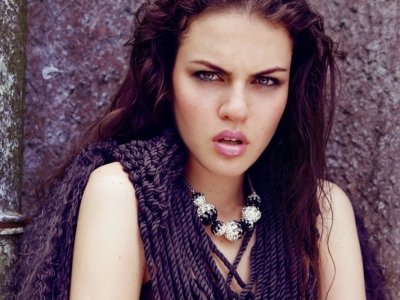 This blurry, blue figure caught on film outside a gas station raises many questions. It was captured by a security tape at the station, and no one has properly been able to explain it yet. Many people believe that the blur is just a bug landing on the camera, but questions are raised about the colour. This is one of the ghost videos on YouTube that just can’t be properly explained.

There are many people who claim that there are ghosts that walk the streets of Disneyland after dark, and this is one that has apparently been caught on tape. This video does seem scarily plausible, and no one has been able to provide a legitimate reason as to how this video could have been faked.

This ghost video is perhaps more sad than scary. It shoes a man crying over a grave at a cemetery. Behind him, however, you can clearly see a figure standing over him. Perhaps it’s the ghost of the person he is mourning, being with him once again, or perhaps it’s someone who is mourning with him. Either way, this video is sad and inexplicable.

This video was taken in Egypt, and it appears to show a large apparition in the crowd, depicting a figure riding a horse. The question is raised as to why it’s so big, and to that no one has the answer. Nor do they have the answer as to how this video could have been faked - making it all the more strange.

In central Spain, a terrible car accident occurred, in which one person was killed and two were injured badly. This video was filmed by a local TV station for their news report, but if you look closely you can see what looks like a ghost walking away from the scene of the crash. Perhaps it is the ghost of the person who was killed? I don’t know, but it’s totally freaky.

This is one ghost caught on tape that seems to be rather cheeky. After the store is closed and the lights are out, things fly off shelves, looking as though they are being pushed in a playful manner. There are lots of claims of ghosts doing similar things, and there are so many people who don't believe this is fake. What do you think?

The thing about this ghost video is that it varies in one important way - the apparent ghost seems to not just float around aimlessly, but it seems as though it is interacting with its surroundings. Perhaps this means that this ghost is familiar with the pub? Maybe it went there when it was still a person? Who knows!

Even if these videos are hoaxes, then we can appreciate how well-made they are. I don’t necessarily believe in ghosts, but even I have a hard time finding faults in these clips. What is your verdict - real or fake?