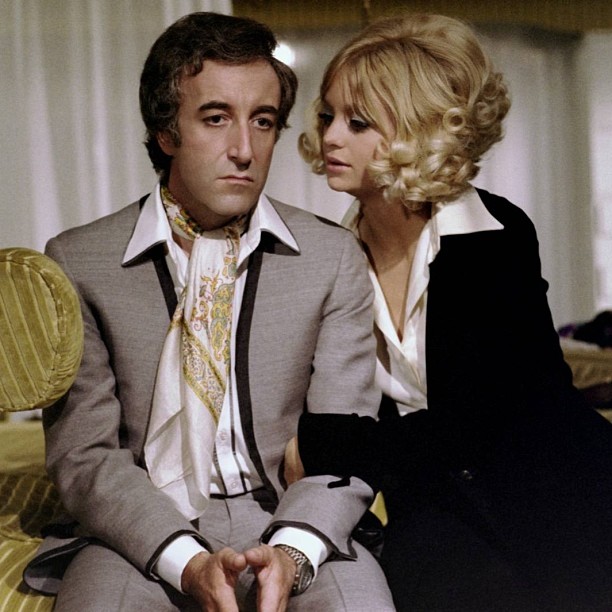 Goldie Hawn is one of those great actors who have graced our screens since the 60s and there are some fabulous Goldie Hawn movies that are pure comedy gold. At 68 years old, the actress still looks amazing and although she has been putting her efforts into other more philanthropic endeavours, I wish she would make more movies, but that's clearly just me being selfish. For now however, we can satiate ourselves with her fabulous back catalogue of movies from the 60s to the 90s. Here are some of my favorite Goldie Hawn movies.

1 The Duchess and the Dirtwater Fox

This is one of my favorite Goldie Hawn movies and I believe it's one of the many underrated and unappreciated movies out there that seem to disappear into the ether. It's amazing how many people haven't seen this movie and I really think they're missing out. Goldie Hawn plays a dancer and hustler in San Francisco at the end of the 19th century and George Segal plays a gambler. The two plan to steal lots of money from a Mormon and split it, but of course, things never go to plan and the two get themselves into lots of trouble along the way.

This is one of my all-time favorite comedies and sees Goldie Hawn as the spoilt newly-wed who loses her husband on their wedding night. Naturally, when something that traumatic happens, you find yourself inadvertently joining the army but learning a great deal about yourself in the process. Goldie reportedly went through six weeks of boot camp training in preparation for this role.

This is another great Goldie movie. Here, she teams up with her real-life beau and plays, yes, another spoilt rich lady who literally falls overboard from her yacht and suffers from amnesia. Enter Kurt Russell as the carpenter she was once incredibly rude to and who convinces her that she is in fact a mother of four and lives a life of housework and childcare, something she finds difficult to believe.

Meryl Streep and Goldie Hawn are truly a match made in comedy heaven in this fabulous movie from the 90s. It's another one of those underrated and unappreciated movies. Helen, played by Goldie Hawn, is a writer, and Madeline, played by Meryl Streep, is an actress. The two have hated each other for years. Add in a miracle cure for ageing and the desire for revenge and you have a recipe for comedy..

A trio of women have been dumped by their husbands for younger and more pert models. After years of faithful 'service' to their significant others, the three don't want to go down without a fight and plan to exact revenge by taking it out on the men's wallets. Diane Keaton and Bette Midler are also fabulous in this movie about the ultimate Girl Power. And the three stars celebrated their 50th birthdays together on set as they were all born within 45 days of each other!

This is one of Goldie's first movies and she won an oscar for her amazing efforts in this movie from 1969. Toni (Goldie Hawn) believes that the only reason her lover won't leave his wife is because he doesn't want to leave their children. However, Julian, a dentist, doesn't have any children, or a wife! This is just something he tells women so he doesn't have to get involved.

In one her earlier movies and one of the first movies Spielberg directed, Goldie plays Lou-Jean, a woman who convinces her imprisoned husband to escape. The couple have a child who is living with foster parents and plan a kidnapping to complete their nuclear family once again. They're pursued through Texas after a partly successful escape and of course, a spot of hostage taking.

These are my favorite Goldie Hawn movies. Is any one else a fan? Which are yours?