7 Harrison Ford Movies to Rent for a Great Movie Night ... 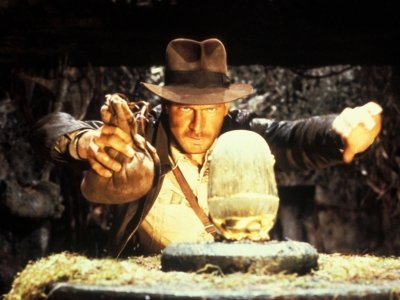 Are you a fan of Harrison Ford movies? My husband and I have both been huge fans of his movies for many years. It's hard to believe that this very talented actor is now 71 years old. Here's a list of 7 great Harrison Ford movies that you should definitely think about watching on your next movie night.

One of my favorite Harrison Ford movies is Air Force One. In this action-thriller Ford stars as President James Marshall. When the president's plane is hijacked by terrorists, President Marshall, his family and members of his staff are on board. These terrorists plan to assassinate one passenger every hour until their demands are met. President Marshall has always refused to negotiate with terrorists. Watch to see if he will change his mind when his family is at stake or if he will decide to fight back.

This film is a remake of the 1954 classic with the same name. In Sabrina, Harrison Ford plays Linus Larrabee, who is the eldest of two brothers. Linus is a busy businessman and doesn't have any time for a life outside of work. When his younger brother David, who's a bit of a ladies' man, falls for the daughter of the family's chauffeur, Linus decides that the union can't be. David is already engaged to the daughter of businessman that the Larrabee family is working on a billion dollar deal with. In an attempt to save the business deal, Linus decides to try to make Sabrina fall in love with him instead of David.

3 Raiders of the Lost Ark

There are 4 different movies in the Indiana Jones series, but this one is my favorite. Perhaps it's because this one was the very first movie in the series. In this Academy Award winning film Ford plays Indiana Jones, who is an archaeologist. Jones loves adventure and is very eager when he is summoned by the US government to search for "The Ark of the Covenant." The Nazis are searching for the Ark as well because Hitler thinks that it can make his army unstoppable. Watch to see if Jones will make it to the Ark before the Nazis.

In this film Harrison Ford plays a man named Jack Ryan, who is a former CIA Analyst. While on vacation with his family in England, he stops an attempted abduction of one of the members of the Royal Family. During the attempt Jack kills one of the terrorists and apprehends the other, who ends up breaking out of jail and vows to kill Jack. Watch to see if they can capture the terrorist before they attack again.

In The Fugitive, Harrison Ford portrays a man named Dr. Richard Kimble, who is a surgeon in Chicago, IL. One night Dr. Kimble's wife gets killed by an intruder. Dr. Kimble fights with the intruder, but he is able to get away. Due to the lack of evidence of a break in, Dr. Kimble is then wrongly accused and convicted of murdering his wife. On the way to the jail, the bus transporting him crashes and Dr. Kimble finds himself on the run. Watch to see if he is able to clear his name before he gets captured by authorities.

This romantic comedy is about a fashion writer named Robin, who is engaged to be married. While on a romantic vacation with her soon to be husband, Robin has to fly to a near by island for a work emergency. Even though she is hesitant, she hires a pilot named Quinn, who is played by Harrison Ford, to fly her there. Unfortunately, their plane crashes and they have to fight for survival.

What Lies Beneath is a supernatural thriller. In this film Harrison Ford plays a man named Norman who is a university research specialist. He is married to a wife named Claire, who is retired following an accident that happened about a year earlier. To most outsiders they are the perfect couple, leading the perfect life. But appearances are not always what they seem. Claire starts to feel that their house is either haunted by something or that she is going crazy.

Do you have a favorite Harrison Ford movie? If so, why is it your favorite? I can't wait to hear from you.