7 Movies to Change Your Life and Really Get You Thinking ... 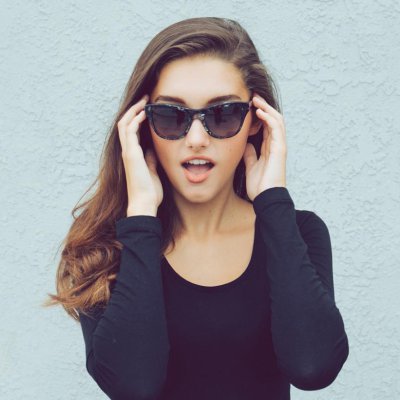 Sometimes when you're choosing a movie, you just want to be entertained. But there are also movies that really need to be watched because they make you think or educate you about important issues. Movies can be really inspirational, so watch these extraordinary and powerful movies that will really make you think …

I very rarely cry at movies, but I cried all the way through Hotel Rwanda. In 1994, the African country of Rwanda suffered an appalling genocide aimed at a minority group. The movie tells the true story of how one man tried to save and protect as many people as he could, while the international community failed to act. It's a harrowing movie, but one that's important to watch.

2 The Diving Bell and the Butterfly

How would you cope if your life changed irreversibly? Based on the book by Jean-Dominique Bauby, this movie tells how Bauby found himself trapped in his own body after a stroke. The only way he could communicate was by blinking, and he dictated his memoir by this incredibly laborious method.

3 Mozart and the Whale

If you have a relative with Asperger's Syndrome and you find it difficult to understand them, this movie could help. It may be a fictional depiction, but it does a good job of showing how Asperger's people struggle to form relationships. Even if you don't know anyone with the condition, it's good to be reminded of how we need to show compassion to others.

4 Beasts of the Southern Wild

If you're looking for a movie that is truly magical, this is it. The polar ice caps melt, causing huge prehistoric beasts to escape. But are they real, or just in the mind of the six-year-old protagonist? Watch Beasts of the Southern Wild and decide for yourself - it'll really make you think.

Those of us lucky enough to have the same freedoms and rights as men forget that we're so much better off than women in other countries. Wadjda is a young girl in Saudi Arabia, who wants to ride a bike - but because she's a girl she's denied that simple pleasure. This movie is inspirational not just because of the story, but because it was the first movie in Saudi Arabia to be directed by a woman.

Here's another wonderful inspirational movie based on a true story. Christie Brown was born in Ireland in the 1930s, and since he had cerebral palsy was not expected to achieve much. However, he became a writer and painter, using his left foot to work with. As if this wasn't enough on its own, the movie features an extraordinary performance by able-bodied actor Daniel Day Lewis.

Older people aren't given much attention in the movies, so it's refreshing to see an inspirational older character in The Straight Story. An elderly man wants to visit his dying brother, but has no means of transport. So he sets off on his sit-on mower to travel 300 miles. It's heart-warming without being saccharine, and a must if you love character-based movies.

So if you love movies that make you think, these are just some that you should watch. Which other movies have inspired you?