7 Movies That Will Inspire You to Run ... 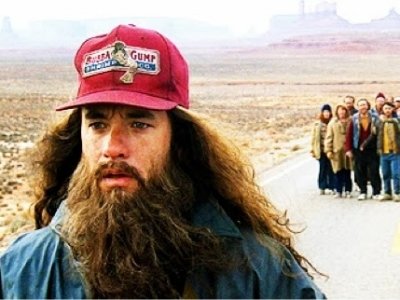 Runners or wannabe runners, or former runners who are considering restarting can be inspired by running movies. Whether a nice juicy fictional piece or a biopic, running movies present a interesting view of the world’s easiest form of exercise (other than walking, which is just running in slow motion, ha ha). So which of the running movies should you be immersing yourself into?

This British classic is among the best running movies ever made. It depicts the life of British Olympians Harold Abrahams and Eric Liddell. The story is about the lead-up to the Paris Olympics in 1924. The characters of the Great Britain Olympics team make for an entertaining mix and the issues of religion and racism are dealt with very sympathetically. If you want to know what inspires men (and women) to want to run and beat everyone, you’ll love this movie. There’s a nice love story thread too.

2 The Loneliness of the Long Distance Runner

This 1962 British movie is among the most poetic running movies in cinema history. Tom Courtenay, starring as Colin Smith, is sent to prison after a bakery robbery. The governor spots his talents and promises an early release if he can represent the reformatory in a race against a public school. At the end, Smith finds himself running for his freedom! Don’t let the fact this is a black and white movie put you off.

Jared Leto stars in this movie which tells the story of US runner Steve Prefontaine’s disappointment in the 1972 Munich Olympics and his tragic and fatal car crash at the age of 24. Prefontaine has a great talent for running despite his unorthodox physical build and different length legs. Even though he fails to win a medal, his coach Bowerman lays the foundation of his sportswear business, which we all know as ‘Nike’ today!

This movie is about a German born athlete named Barry Bohmer who had a dream of winning the 54-mile marathon in South Africa. Even though he is unable to achieve the feat during his own active career, he becomes a coach and helps others achieve their dream. Abruptly fired from his coaching position, Bohmer one day spots a woman jogging and recognizes her abilities. The movie takes you through the story of what both of them have to face to achieve their dreams.

However you package this amazing story, it is one of the great movies about running. Forrest Gump is a man with a low IQ. His childhood friend Jenny Curran leaves him halfway through the film, forcing him to run in order to put his past behind him. He runs for 3 years, 2 months, 14 days and 6 hours and decides he has now managed to put his past behind him. Fans of the movie have created a map of the track that Forrest followed during his run by taking clues from different dialogues and screenshots in the movie. He runs from bullies, he runs on the football field and he runs in Vietnam, and his love for Jenny runs through his heart forever.

This comedy features Simon Pegg who, to prove a point to his ex-girlfriend, decides to run a marathon. For the amateur marathon runners out there, this movie takes you on a ride that features familiar pitfalls that runners face, like blisters and ‘hitting the wall.’ Overall, it's one of the most poignant, and also very funny, movies that inspire you to run.

Here’s one of the running movies that really sends out a strong message of passion and commitment. If you are a runner looking for inspiration, this is the movie for you to watch. It follows the story of Billy Mills, an American Indian living in obscurity that has to face a lot of racism and difficulties in his quest for Olympics glory. Does he overcome the prejudice and obstacles to achieve his dream? I’m not going to tell you, because it is worth watching to find out. If you don’t want to know don’t watch the trailer.

I’d love to hear if you have been inspired by any of these running movies? And if not, are you ready to lace up your running shoes to race to the DVD rental shop?