7 Awesome Movies in Theatres to Check out This Month ... 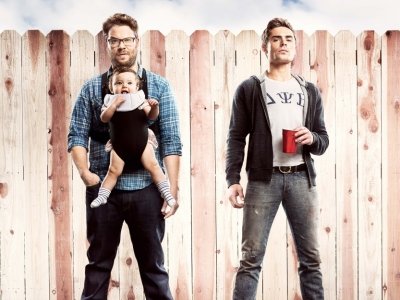 This movie makes up for the monstrosity that was Seth Rogen’s last summer blockbuster, This is the End. If you’re wary of Neighbors because you were disappointed by This is the End, don’t be. This movie is absolutely hilarious, and Zac Efron is shirtless for the majority of it, which doesn’t exactly make it worse. This is one of the biggest must-see movies in theatres this month!

This movie is one of the few movies out right now featuring a predominantly female cast, and it’s worth checking out. Leslie Mann is absolutely wonderful in it, as are Cameron Diaz and Kate Upton. It’s definitely a movie to check out with your best girlfriends!

I’m patiently waiting for this movie to come to a theatre near me, because Elizabeth Banks can do no wrong. She plays a woman desperate to get to the interview for her dream job the morning after a one-night stand, while battling all of the obstacles in her way.

Palo Alto has had a limited release, and I seriously cannot wait for it to see a wider release. It’s based on the novel by James Franco and features a star-studded cast. I have a feeling it’s going to be one of the quieter box office successes of the month, and it’s definitely worth seeing.

I’ve seen mixed reviews on this movie, but I can’t help but get a little excited for it. Maybe it’s due to the lack of female comedy in movies right now, but it looks like a promising comedy in theatres this month. It almost reminds me of Steve Carell and Tina Fey’s Date Night; hopefully it’s just as funny!

Whether you’re a mom to little ones or simply a fan of Glee, this movie is worth a watch. Starring Lea Michele among so many other A-List celebrities, this is a movie worth bringing your kids to, even if you spend the entire time trying to figure out just which celebrity voices the Tin Man.

What movies are you going to check out this month? I loved Neighbors, but I’m also extremely excited to check out The Other Woman, Palo Alto, and Million Dollar Arm. There’s such a variety of movies out right now that it’s hard to pick just one movie I want to see! Let me know in the comments what you’re looking forward to checking out.