7 Netflix Originals to Watch out for ... 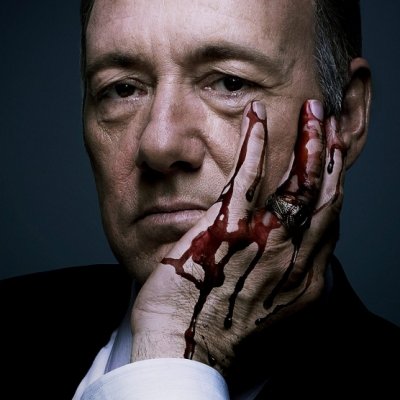 With summer already upon us, people are spending a lot more time on Netflix, a place where you can find almost any movie or show along with all of the Netflix originals! As much as we like to admit that we spend our summers productively, most of our days and nights in are spent either online or on Netflix catching up on shows and movies. But in addition to those, there are actually really great Netflix originals that people are raving about.

1 Orange is the New Black

Orange is the New Black is one of the most well known Netflix originals. Everyone is talking about it and everyone loves it! It’s a comedy-drama series based on Piper Kerman’s memoir about her experience in prison. The plot revolves around the main character Piper Chapman as she adapts to her new life in prison after transporting a suitcase full of drug money to her former girlfriend.

House of Cards is an adaptation of the previous BBC mini series. It is set around Frank Underwood who decides to get revenge on those who betrayed him as he rises to power. Through the process he manipulates a young reporter and a colleague. Already two seasons in, the characters have established a captivating plotline that will surely keep you on your toes.

The Killing is based on the Danish television series called Forbrydelsen. This series follows several murder investigations by homicide detectives Sarah Linden and Stephen Holder. It’s an excellent crime drama with outstanding performances and overall it’s just the type of show where 45 minutes literally fly by!

Wonder what can happen when two exes, who hate each other spend hours on hours working off community service hours? Well Bad Samaritans depicts this exact situation just for you! It’s a Netflix original comedy that follows an ex-couple that accidently burns down a chunk of wildlife and is then forced to 100 hours of community service together despite their rocky relationship.

Hemlock Grove is yet another supernatural horror television series but with its own unique style. It is set in a fictional town of Hemlock Grove, PA and based on McGreevy’s novel Hemlock Grove. In a nutshell Roman Godfrey, a wealthy heir befriends Peter Rumancek, the town’s newcomer and together they work on shedding light on peculiar occurrences happening in their town.

The plotline of Lilyhammer revolves around a New York gangster who attempts to start fresh with a new identity in an isolated town of Lilyhammer. When he meets a teacher named Sigrid and their relationship grows, she becomes suspicious of his past. This show is different than anything on television right now, so it is definitely worth checking out for the unintentional humor and charming plotline.

Arrested Development first aired on Fox for three seasons with the fourth season being released exclusively on Netflix. The show follows the life of a dysfunctional family that is forced to stay in Orange County to run the family real estate business after one of their family members is caught for shifty accounting practices. It’s a highly rated hilarious comedy with a talented cast and more than entertaining plotline.

Although Netflix carries countless popular shows and movies, it also has its own high quality content that is totally worth checking out. So are you planning on giving any of these shows a try?