7 Non-English TV Series That Used to Be Popular ...

Oh, come on – tell me you didn’t watch Kassandra? You may argue its usefulness, fun-factor or even the plot but that won’t change the fact that it has its place in Guinness Book of Records! Yup! When it comes to the number of countries Spanish language TV shows have been aired in, this one apparently holds the first place! Kassandra is a beautiful and initially a bit naïve circus performer who falls in love with a handsome and very rich Luis David, marries his evil twin brother Ignacio but ends up with Luis David because Ignacio mysteriously dies and his brother decides to secretly take his place in order to find the murderer. Sounds confusing? Well, those 150 episodes will sure clear things up. Oh, yeah – did I mention Kassandra is actually half or step sister of both David and Ignacio and the only true heir? Yes, you’ve guessed it – baby swap!

This Turkish drama series were a huge hit in the Balkans last year, so I guess many of you won’t have even the slightest idea about it or my reasons to include it in my list of non-English TV series that used to be popular. It’s actually a pretty modern, half-romantic, half-tragic story about Onur and Şehrazat who “start off on a bad foot” and end up living “happily ever after.” I personally haven’t seen a lot of it but my friends and family in both Serbia and Greece were crazy about it. Onur and Şehrazat ended up being so popular, they had to go on a tour to meet and greet their fans in all these countries. 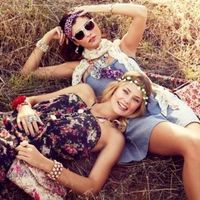 This is not your everyday soap so don’t expect evil step-moms, baby swaps or bizarre deaths of all evil characters in the last episode, followed by an ultra-fast happy ending that somehow couldn’t be achieved until the episode #47568. It’s a modern, very interesting story about the lives of professors and students of one dance school. I remember my sister was incredibly proud to find out that she has the same Terranova blouse as the popular actress Monica Cruz. LOL! The soundtrack is also great so, in case you don’t like the show, you can always count on these songs to make your hips move.

Well this one simply must ring a bell – doesn’t it? This first Spanish version of Ugly Betty has basically inspired all other countries to find a local beauty and do their best to turn all those nice features into something that would probably make you choke on your sandwich! US Ugly Betty with sweet America Ferrera was definitely my favorite re-make but nothing and I really mean nothing could ever be as good as the original story about quiet, way overqualified secretary Beatriz who finally managed to find her way to both Armando’s heart and the big office in EcoModa. This crazy show literally kept me glued to the TV set, which unfortunately meant I had to run so I don’t end up being late for school. It's more than just a non-English TV series that used to be popular -- it still is!

Ah, you gotta love AXN! I’m sure I’m not the only one who thinks this fab thriller series deserves to be included in the list of non-English TV series that used to be popular, as they not only “used to be” but “still are” very popular. This modern, somewhat scary TV show will definitely make you glued to the TV, demanding to reveal all secrets the former orphanage, now boarding school, holds. People are kidnapped, secret shady organizations are pulling the strings, shady characters are always lurking in the dark corner and one brave group of students is determined to face them and find out what the hell is going on.

6 Yaprak Dökümü (the Fall of the Leaves)

This show… OMG, gals, this show is simply amazing! It’s so sad and soaked with different emotions… I simply can’t describe it. You have to watch it and I’m sure you’ll instantly grow to like it. The story is centered on one very nice but incredibly unlucky family that keeps experiencing one tragedy after another but, although they have plenty of horror moments, they manage to find strength to carry on as a family. This TV show is much more than just a soap, in fact, it’s not a soap at all! It’s based on the novel written by Reşat Nuri Güntekin and it won a few awards, too, if I’m not mistaking.

Well, here’s one that’s not Turkish or Spanish but Italian instead. The first few seasons were English but then Rex moved to Rome and I bet those criminals there weren’t at all happy about it. LOL! Come on, you can love or hate the human detectives, but you simply can’t say no to an incredibly smart, incredibly cute detective dog!

Could you tell me something more about the non-English TV series that used to be popular in your country? I apologize for the lack of diversity but there’s nothing I can do about it as these were the ones popular in this part of Europe. Maybe you can add some more!

lifestyle
7 Simple Ways to Get People to like You ...
health
What Millennials Can do to Pitch in during Coronavirus Outbreak ...
teen
How to make friends in your dorm
fashion
7 Tips on How to Care for Knitted Garments ...
books
7 Interesting Facts about the Betty Crocker Cookbook ...