7 of the Most Beloved Classic Movies of All Time ... 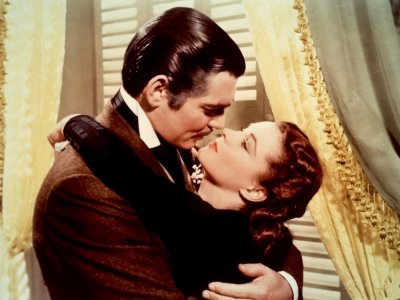 Gone with the Wind is one of the most classic movies of all time! Starring the now infamous and iconic Clark Gable, Gone with the Wind is about a stubborn young girl from the South during the American Civil War. Manipulative, bitter, and driven, she does anything she can in her power to make sure she never suffers a shred of poverty or hunger during and after the war. Ironically, although she is always kept by men she suffers heartbreak since she cannot be with the man she really loves.

Starring Marilyn Monroe, Some Like it Hot is a comedy about two musicians who witness the St. Valentine’s Day Massacre. Terrified that they might be the next victims, the men run away by joining an all woman band. Comically, the two men must go undercover as women however their gorgeous band mate doesn’t realize she is really working with two men rather than females.

Singing in the Rain is a musical about a silent film production company that struggles as film transitions to movies with sound, music and talking. Coincidentally, in 2011 an Oscar Winning movie called The Artist had a familiar storyline where a silent movie star resists the transition from silent movies to “talkies”. I wonder where the writers of the Artist got their inspiration from...

The higher you climb the harder you fall. And no one’s learned that like Charles Kane. A millionaire newspaper tycoon, Charles’ last word spoken causes mayhem as reporters try to figure out the meaning behind his departing utterances. As a result, viewers of the film get to watch the mysterious rise and fall of Charles Kane.

Before even hearing of this movie, I had always heard the word “Casablanca” from a young age. When I became a little older, I found out that the reason the word “Casablanca” was so well known in pop culture was because of 1942 movie Casablanca – a story about a lonely bachelor who is reunited with a former lover in the city of Casablanca, Morocco.

Growing up did you ever watch an episode from one of your favourite sitcoms where one of the main characters goes through an epiphany by seeing how life would have been had he/she not existed? If so, the writers of that particular show were most likely inspired by the movie It’s a Wonderful Life.

12 Angry Men is about a group of jurors who are conflicted as to whether the defendant in a murder trial is guilty or not. During court the verdict seemed obvious but as debates become heated amongst the jurors they soon learn that their own prejudices, biases and perceptions are clouding their ability to come up with a clear and concise verdict about a possible murderer.