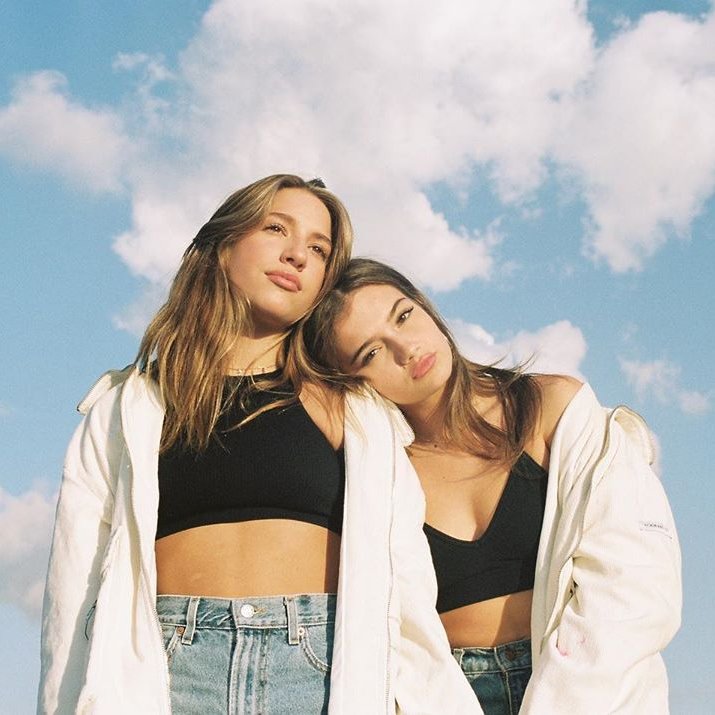 Oh, Lily. I don’t know how to express my love for this awesome female TV character. Other than Barney from “How I Met Your Mother,” she is my favorite character. Lily can’t keep a secret very well, but other than that, she is someone I wish I could spend all day with. She has one of the most perfect relationships on TV and is best friends with her husband. Lily hangs out like she’s one of the guys and makes me laugh, which are two characteristics that I love in a friend. She also has proven to be a great friend on more than one occasion. It baffles me when people don’t like her.

Jessica Day is one of my favorite people on TV! To be fair, a large part of my love for her is because she is played by Zooey Dechanel (whom I worship), but aside from that, she is a great character. Jess is funny, stays true to herself, is an extremely loyal friend, and to be honest I’d love to raid her closet. She is so goofy and adorable that I could just watch her all day, every day, but I’d love even more to be her friend. From what I hear, Ms. Dechanel is just like Jess, which only amplifies my love for both of them.

Kenzi, who also doesn’t have a last name for some reason, from “Lost Girl” is hands down the most loyal friend on this list. She is also probably the coolest character. Kenzi is one of those people that just exudes cool without even trying, which would probably end up making me look even more awkward, nerdy, and clumsy than I already do. She is also very sarcastic and funny. Kenzi has laid her life on the line on more than one occasion for her best friend. While that isn’t in the job description for being my friend, it shows loyalty which I do need.

I know that a lot of people that really don’t like Phoebe. I am not one of those people! I find her ditzy quirkiness to be charming. In my opinion, Phoebe helped to pave the way for the awkward characters that we have on TV today. She is absolutely crazy, in a good and fun way of course! Phoebe is yet another character that makes me laugh, which is obviously something I look for in a friend since it has appeared multiple times on this list. Also, she is always an optimist, which I love because I have a tendency to be a pessimist.

When I wrote my article on shows that were cancelled before their time, I expressed my love for Veronica Mars. She is so snarky, sarcastic, and witty that it’s hard not to love her. Veronica is also really smart and good at what she does. She works as a detective while still in high school and is able to solve a lot of cases while managing her own life even though it’s a mess a lot of the time. I would love to be friends with her and help her solve her cases! She looks like she would be so much fun!

I would love to be a part of Lucy’s crazy shenanigans! While Ethel is always reluctant, I would like to believe that if Lucy was my friend, I would have a lot of fun doing crazy things with her. She is one of the most hilarious female characters in the history of television. She may seem quite ditzy and not a great friend, but her ability to make me laugh makes up for all of that. I could watch “I Love Lucy” all the time and I could say that without a doubt that Lucy is my favorite character on the show.

Tamara from “Awkward,” whose character doesn’t have a last name for some reason, is hilarious. I love to laugh and whenever I watch “Awkward,” I’m guaranteed to laugh thanks to her. She is filled with what she calls “Tamara-isms” like “flirtationship” and “adore-w****-able,” and I just can’t get enough of them. She is also the kind of friend that is ready to hate whoever you hate, but will slap some sense into you when you really need it. Who doesn’t want a friend like that?!

Claudia of “Warehouse 13” is the smartest person on this list and I absolutely love her for it. She is a technological genius that is filled with sarcasm and wit. She is my absolute favorite on the show because she is really complex. I adore her! Claudia is smart, funny, loyal, and brave. I would love to hang out with her and I would love to have a friend that could fix all of my gadgets. She would be an awesome friend!

Cyd Sherman goes by Codex in her webshow called “The Guild.” This may not be considered a TV show by many, but I think that it still counts. Cyd is one of the most awkward characters that I’ve seen in a long time. Felicia Day, who plays Cyd, is just as awkward and that makes both of them even more lovable. She is a gamer who spends her days playing a game much like World of Warcraft. Who wouldn’t want to hang out with her or even spend time playing games with her?! I don’t even play games like that, but I would totally play if it meant hanging out with her.

Donna Noble is one of the most sarcastically hilarious female characters I have ever seen on television. This single characteristic would be enough to claim her as someone I want to be my friend, but there’s even more to her than that. In “Doctor Who,” she displays that she is loyal, helpful, dependable, and willing to go to any lengths for her friends. I’d love to be friends with Donna because she would be there when I needed her support and also make me laugh until my sides hurt.

This list was a lot harder to write than I thought it would be! I had such a hard time narrowing down the female characters I’d love to be friends with. There are definitely more that I’d love to be friends with. I’m sure that there are some people will disagree with, so who would you have put on your list? Are there any on this list you agree with?