10 All Time Favorite TV Show Characters You Wish Were Your Best Friends ... 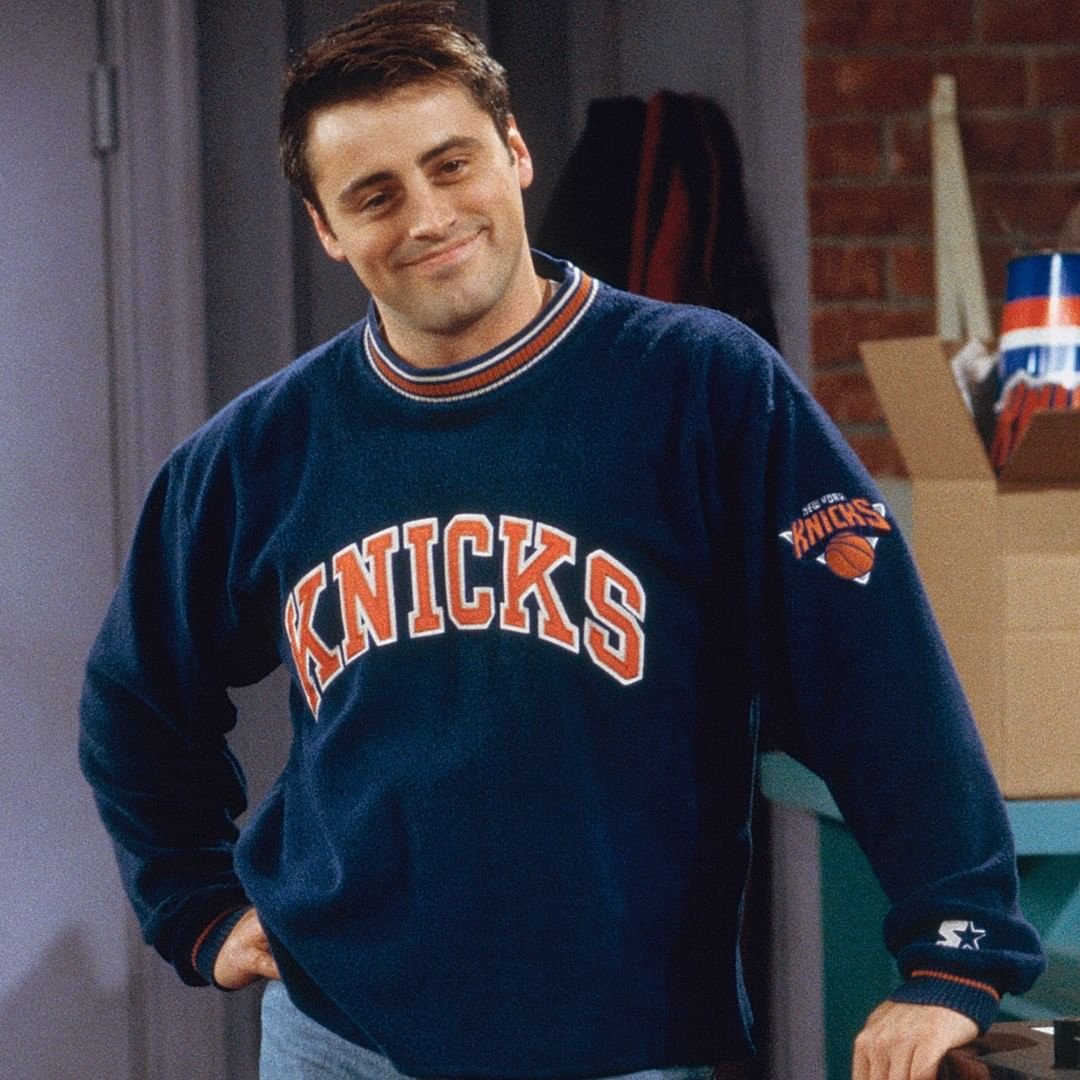 When you get into a TV show you often spend years watching its characters go through the ups and downs that their writers have to offer them. Because you spend so much time watching these characters develop, you often find yourself feeling like you know them to some extent. I usually find someone in my favorite shows that I would love to have as a best friend in real life, and then dwell on the fact that it won't ever happen. In the meantime, why not list my picks for 10 TV Show Characters You Wish Were Your Best Friends to share who I think you should have a friend-crush on, too!

"How you doin'?" Of course I had to start with a character from my all time favorite TV show, Friends. Obviously the shows name alone says it all! Although I love all of the Friends characters, Joey would have to be my number 1 pick for best friend. Not only is he not bad to look at, he has a heart of gold and is so dim-witted that it's hilarious. He's lovably stupid but adorably protective over his friends. Joey is also absolutely obsessed with food which is definitely a big criteria for me choosing friends because I'm a foodie too. He is also a sweet heart who loves animals having owned both a chick and a duck in the show. Plus, how handsome is Joey! The fact that he does get with a lot of woman though makes him not the best dating type but wouldn't be an issue in the best friend category.

2 Robin Scherbatsky from How I Met Your Mother

If I was choosing a girl best friend from a TV Show, I'd have to go with Robin. She's such a strong and confident woman while also being very career driven. She's also not obsessed with finding love which is a great quality in a friend as they will remain loyal to your friendship over a man. She doesn't take crap from anyone and acts as her best friend Lily's backbone when she needs to. Who wouldn't want a strong and secure best friend to protect them and keep them on the right track in life?

3 Barney Stinson from How I Met Your Mother

This may be a biased pick because of my love for Neil Patrick Harris and wishing he was my best friend already, but Barney would be an extremely entertaining best friend to have. Yes, he would definitely be one of those friends you love to hate but in the end your life would be so much more adventurous having him around. Plus he is a good friend in that he let Lily stay at his place when she had nowhere else to go, got Ted a job when he needed one, and helped get Lily and Marshall back together when they broke up. Not to mention he has a ton of money that he doesn't mind spending on his friends.

I love Jess! Yes, she's extremely awkward to the point where it hurts sometimes, but she is adorable! Definitely a best friend that would make you feel secure in flaunting your goofy side. Jess doesn't try to be like other people, she just wants to be herself. She is caring and thoughtful of others as well as quirky and bubbly. She would be the friend I would love to hang out at home with or go to the movies with. Not sure if she's the best friend to go looking for guys with though as she may scare them off with her severe weirdness.

Not only would Leonard be a great friend to help you do homework, but he's also an absolute sweet heart. Not to mention he is more patient than any other character I've seen on TV! Putting up with being Sheldon's roommate alone makes him best friend material to anyone! If you like having intelligent friends that you can share nerdy interests with, while also being able to rely on them for a ride, Leonard is your perfect best friend match!

6 Pam Beasley from the Office

Although I am a huge fan of Jim Halpert, I would have to say that Pam Beasley would be an amazing best friend. It would be great if I had a best friend in my office that was like Pam because we could plan funny pranks to help get each other through our work day easier. Although Jim was usually the mastermind, Pam starting growing into planning her own pranks as time went on. She is also more loyal a friend than Jim, having quit her job just to be a part of Michael Scott's new paper company that didn't even exist yet. She is artistic and fun loving as well as kind and gutsy when she needs to be. I would love having Pam as a best friend especially at my office!

7 J.D. and Turk from Scrubs

I would need to have both of these guys as my best friends. There's no way I could possibly stand to split up their bromance! J.D. would be great to daydream with. He does have numerous flaws, quirks, and personal insecurities but that's what makes him such a fun best friend to have! Plus he is passionate about his job and his patients which is a great quality to have in a friend. Turk on the other hand would be a more competitive type best friend. He is also in a committed relationship which make him an good source of relationship advice. Working in any hospital with these two would be an adventure in itself!

8 Michael Kelso from That 70's Show

Who doesn't love Kelso? Granted, you'd never be able to trust him with any of your secrets, but he will definitely be an entertaining addition to your friends. Out of every character on the show, Kelso has the best one-liners out of anyone. He'd be a great friend to have around that would be willing to do things for you just because he's that gullible. Although he's a terrible boyfriend, throughout the show he seems to remain a good friend to everyone in their group. Kelso would be another one of those friends you love to hate but can't imagine being without. Plus, he's not bad to look at either.

Baby vampire Jessica is definitely my favorite True Blood character (besides my huge crush on Eric Northman). When she was turned, instead of being depressed about her new life, she embraced it. I absolutely loved this about her character. This newest season really made me see her as being a great best friend as she tried to be-friend new vampire Tara to help her through the process. She's also been protective over her friends and loyal to Bill even when he gets into crazy situations. Although she loved Hoytt she did what was best for him and let him go although it hurt her. She has one of the best personalities of all the characters and would make a bad-ass best friend!

10 Annie Edison from the Community

Although she is the youngest of the group, Annie has overcome a lot of personal hardships including a drug addiction, estrangement from her parents, and poor living conditions in a bad neighborhood. Even with these setbacks, she still maintains a bright and optimistic disposition. Annie is very studious and usually takes charge when it comes to problem solving. Although Annie seems innocent, she has displayed a more selfish and manipulative side on occasion. I love Annie because I think that she's a strong girl that I could learn a lot from. She'd also be a great study partner or someone to go to when I have a problem.

Fine, Mr. Feeny is not your typical best friend... most likely because he's a lot older and wiser. But I would love to have Mr. Feeny in my real life! He has to be the greatest mentor of any TV series. Mr. Feeny often states that the line between teacher and friend should not be crossed, but it is periodically mentioned throughout the show that he cares much more for the main cast than for the other students whom he has taught. Thus, he can think of younger people as his friends!

Sorry if this list is a little biased but I could only really write about characters from shows I've watched. Otherwise I'd have no idea who would make a good or bad best friend! So instead, leave your comments below giving any characters I may have missed that you would love to have as your best friend in real life!