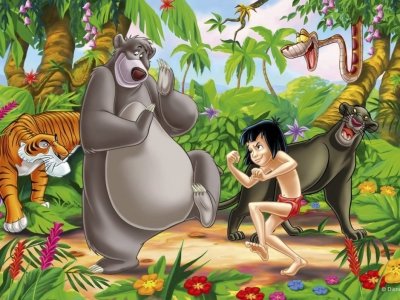 I was watching something the other day (the first film on my list) and realized I am actually quite passionate about movies set in India. I know part of this is because the traveler in me is aware that movies set in India are always full of amazing landscape cinematography, so I know whatever the story, whatever the time setting, I am in for a visual feast. But, we aren’t talking about a travelogue or a travel documentary – although interestingly, many films set in India incorporate that theme – we are talking great stories of love and hate, injustice and cruelty, colonization and freedom, despair and hope, and yes, a search for enlightenment. The movies set in India are rich and glorious. Here are some of them:

Of all the movies set in India, Gandhi has to top the list. This biopic of the man who led India to independence from the British Empire is epic in so many ways. Firstly for Sir Ben Kingsley’s incredible, Oscar winning portrayal of Mohandas K “Mahatma” Gandhi – dubbed by the British press “a little brown man in a loincloth” – secondly for the stunning photography which took us around the “700,000 villages of India,” as well as the major locations for Gandhi’s significant actions and speeches and thirdly, well, just about everything else. Gandhi moved his country and the world. He also moved the Oscar committee; the film took 8 awards (from 11 nominations), including Best Actor, Best Picture, Best Screenplay and Best Director.

Now I know this will horrify you, but I have to hold my hands up and say Disney is really not my thing. (My mum told me I wasn’t that enamoured when I was a kid either.) However, I will always make an exception for The Jungle Book. Watch in sheer pleasure as the story of Baloo the Bear and Bagheera the Panther take man-cub Mowgli to the human village, thwarting the plans of tiger Shere Khan to have him for dinner. The songs? Unforgettable!

Another of the movies set in India that won a clutch of Oscars (including Best Picture, Best Adapted Screenplay and Best Director) kicked Danny Boyle into the stratosphere of British filmmakers and ultimately led to him directing the incredible showpiece of British culture that was the opening ceremony of the London Olympic Games in 2012. Slumdog Millionaire is the heartwarming but heartwrenching rags to riches story of Jamil Malik, a boy from the Mumbai slums, and how he fares before, during and after his appearance on India’s “Who Wants to Be a Millionaire?”

Inspired by the writers’ (Wes Anderson, Jason Schwartzman and Roman Coppola) own travels through India, The Darjeeling Limited is the story of three depressed brothers and their train journey across India after their father’s death. Like all films set in India it is visually appealing, but this is as much a story through people’s minds and relationships as a physical trip. It is also one of those movies you have to watch and listen to carefully because it is heavy on the implication and leaving things unsaid.

5 A Passage to India

Here we have another trip to and in India but a very different time and for a very different reason. One of director David Lean’s cinematographic masterpieces, A Passage to India is another multiple Oscar winner with awards including Best Picture, Best Director, Best Actress in a Supporting Role (Dame Peggy Ashcroft) and for Judy Davis as Actress in a Leading Role. Set during the British Raj, A Passage to India tells the story of an Indian doctor who befriends a young Englishwoman who accuses him of rape. It is an interesting view of the cultural and social interaction between the Indians and their colonial masters.

Although indelibly associated with Dirty Dancing and Ghost, to me, the best screen performance of Patrick Swayze is in City of Joy. He plays Max, a disillusioned American doctor who travels to India, like so many before him, in search of enlightenment. What he finds are the slum streets of Calcutta, a place where hope doesn’t seem to have found a home. That is except in the heart of Hazari Pal, who finds himself in the city after losing his land and property. It is the story of hope, hopes dashed and hopes rebuilt. It is a story of love and betrayal. And it is a story of friendship. And it shows that with hope, joy can be found, even in the filth ridden slum streets of Calcutta.

One of the most recent movies set in India is another story of people traveling to the sub-continent; some with a purpose, some aimlessly and some simply not sure why. This time our protagonists are seven retirees who pitch up at a hotel very far removed from what the advert promised. Take delight in the characters as they interact with their Indian hosts and try to find what it is they came in search of. It is a marvelous portrayal of culture shock and cultural assimilation as the stories of the disparate group are slowly but surely woven together. Lovers of this will be pleased to know The Best Exotic Marigold Hotel 2 is on the way.

These are my favorite movies set in India. Was yours among them?