7 Inspiring Teachers in the Movies ... 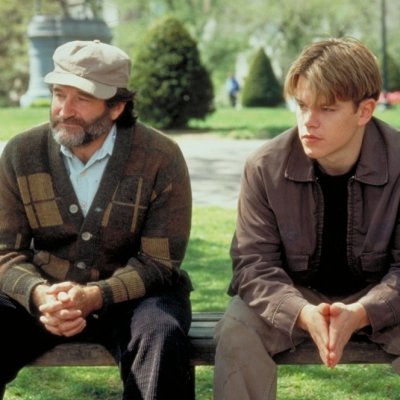 The inspiring teachers in the movies that I am including in this list are, without a doubt, great examples of educators who are fearless, committed, and dedicated - qualities that are truly admirable for a group of people that we encounter in different stages of our lives. We should honor those teachers who have touched our lives and guided us in learning, not only our academic lessons, but important life lessons that we hold dear even after we leave the four walls of the classroom. Here are some inspiring teachers in the movies:

In the 1989 movie Dead Poets Society, Robin Williams played the role of John Keating, a rather unusual English teacher at the Welton Academy employing unorthodox teaching methods. This is the movie that I can watch again and again because of its poetry angle. The common denominator among inspiring teachers in the movies is their ability to make viewers feel warm and happy for the lessons they impart, whether it's letting go of the past to give way to the present and the future, or believing in yourself to realize your potential.

Julia Roberts is Katherine Ann Watson in Mona Lisa Smile,. She comes to Wellesley College not only to teach "History of Art" but to inspire and influence the ladies of the conservative school. The year was 1953, and majority of the ladies in her class dream of getting married, becoming a wife and a mother. What Katherine does to help them consider this decision goes beyond what is expected of an art teacher.

Jack Black as Dewey Finn in the School of Rock is a story of a man who pretended to be a professional teacher. In reality, he was a big rock-and-roll fan who was just evicted from his band. Instead of teaching Math in a prep school (he disguised himself as his bestfriend Ned Schneebly), he taught them about rock music and had them sign up on a class project. This is a musical-comedy film that teaches viewers that learning is not only confined to the classroom.

Mga Munting Tinig or Small Voices is a movie from the Philippines that shows the different challenges a public school teacher encounters to encourage students to continue going to school. Melinda Santiago, played by actress Alessandra de Rossi, chose to teach in a rural community and was met with several challenges including a resistant school administration, ongoing war, and uncooperative weather. This film that premiered in the 2002 Toronto International Film Festival is a great inspiration to all teachers and those who plan to be teachers.

In Good Will Hunting, Sean Maguire (Robin Williams) is a psychologist and college instructor, who met Will Hunting (Matt Damon) at the request of his college roommate, Prof. Gerald Lambeau of the Massachusetts Institute of Technology. Will is a mathematical genius who works as a janitor, but is emotionally challenged and is seeking behavioral health treatment. One of the greatest Robin Williams' movies, Good Will Hunting presents the relationship of student and teacher (therapist and patient) teaching each other life lessons that made them better people.

Based on a true story from a book called The Freedom Writers Diary, Freedom Writers introduces viewers to energetic teacher Erin Gruwell who found herself teaching a class of students who are involved in gang fights. It's a crazy environment which Erin tried to restore to some normality and stability by encouraging her students to write in journals/composition notebooks.

In The Miracle Worker, Anne Sullivan (Anne Bancroft) was engaged as a teacher to Helen Keller (Patty Duke), a deaf and blind child who exhibits violent behavior out of frustration for her condition. The physical and emotional battle between the two is painful in the beginning but witnessing how patient Anne is in teaching young Helen is a miracle you don't want to miss.

What teachers in the movies do you find inspiring?