Movies Based on True Stories Hitting Theaters in 2017 ... 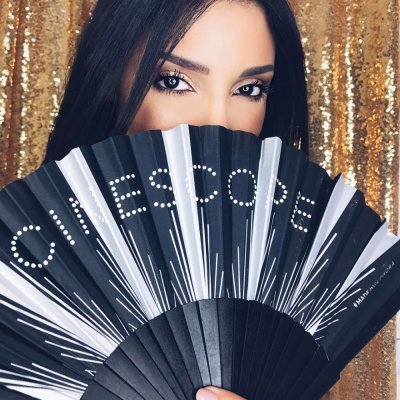 Movies seem to get better and better and cinema in 2017 is shaping up to be spectacular. There's loads of great movies in 2017 that are based on books, and a number of these are true stories or based on true stories. If you enjoy movies inspired by real events, these are the movies that should be on your watch list this year.

Coming out at the end of March, The Zookeeper’s Wife tells the true story of Antonina Zabinska, an ordinary wife and mother who become a hero during World War II. The owner of a zoo with her husband, Antonina used the complex to shelter hundreds of Jews from Nazi prosecution in Poland in the late 1930s. A truly inspiring story and one that I can’t believe hasn’t been told on the big screen before now!

2 The Lost City of Z

Based on the 2009 bestselling book, this is an action adventure that tells the real life story of a British explorer called Colonel Percival Fawcett. Fawcett disappeared in 1925 while he was searching for a lost, mystery city in the middle of the Amazon. Charlie Hunnam is playing the leading man, and Robert Pattinson also makes an appearance, so the eye candy quota is well and truly met with this one! Hitting cinemas in April.

The Dunkirk evacuation is one the most notorious and infamous events in the history of the Second World War. This July you will be able to watch these unbelievable scenes come to life guided by a cast of stellar performers including Kenneth Branagh, Tom Hardy, Mark Rylance, Cillian Murphy and Harry Styles! Released in July.

A star-studded cast featuring the likes of Josh Brolin, Miles Teller, Jeff Bridges and Jennifer Connelly bring this heart-wrenching tale of a 2013 Arizona wildfire to the big screen. The Fire claimed the lives of 19 people, and the movies focuses on the elite crew of guys who battled against the blaze at Yarnell Hill. Hitting movie theaters in September.

This is going to be a British historical drama that tells the story of iconic Prime Minister Winston Churchill as he faces crucial stages of the World War II battle against Hitler’s German army. Amazingly, Gary Oldman is playing Churchill, and while I can’t imagine at the moment, I’m sure he’ll give an exceptional performance! Released in November.

Free from his Wolverine chains at last, Hugh Jackman is coming back to the big screen later this year to star in a musical biographical drama of the life of legendary showman P.T. Barnum. The film will tell the story of all of the weird and wonderful business ideas that eventually led to the creation of the Ringling Bros. and Barnum and Bailey Circus. Zac Efron is in the movie too but you’ll have to wait until December to see it.

It’s a big year for Jessica Chastain! Already being seen in The Zookeeper’s Wife, she will be starring as a 19th century portrait artist called Catherine Weldon who travelled to Dakota to immerse herself in Sioux Indian culture. The movie will tell the story of her close relationship with Sitting Bull, as well as the criticism that she received by outsiders for her growing activism. The release date is still to be confirmed.

James Franco is set to star in, produce and direct this upcoming movie based on the popular non-fiction book The Disaster Artist. The movie will tell the story of the creation of one of the most iconic ‘bad movies’ of all time, The Room. It is widely regarded as being the worst film ever made in the history of cinema! Originally set for a March release, check news for updates.

This movie is going to tell audiences all about the real-life Billionaire Boys Club that was active in Southern California in the early 1980s. It will follow a cast of rich young men who set up a series of get rich quick schemes that end in disaster. It stars Ansel Elgort, Taron Egerton and Kevin Spacey. Awaiting official release date.