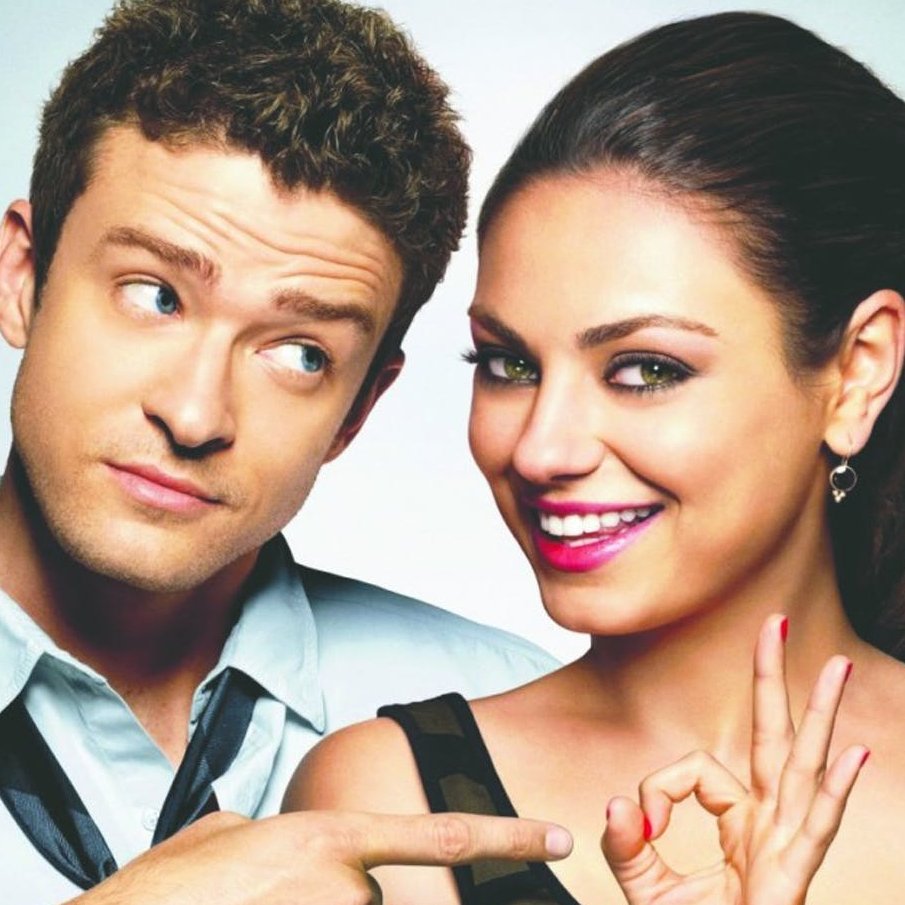 Friends with Benefits stars Mila Kunis and Justin Timberlake. They think that adding sex to their friendship might spice things up but it only complicates everything when they start to develop feelings for each other. If you want to watch more movies like Friends with benefits, look no further. This list has some great recommendations.

This movie is most similar to friends with benefits. It stars Ashton Kutcher and Natalie Portman in the lead roles. They play Adam and Emma who meet at a school camp and meet again after a few years. When Adam finds out that his father is dating his ex-girlfriend he starts drinking and ends up in Emma’s bed. They start a relationship with no-strings-attached but one of them starts to develop feelings for the other. Will they be able to handle what comes next?

These movies are an extension of the hit TV series but even if you have not watched the series, you will love the movies! The story of the four chic New York girls continues in the movie where they struggle and overcome obstacles in their family, work and love life while taking luxurious girl vacations. There are rumors about a third film but nothing is confirmed yet.

Abby Richter (Katherine Heigl) is a morning show producer who is challenged by her colleague (Gerard Butler). They believe in different theories on love and relationships which they test out leading to unexpected results. A super entertaining movie, sure to be enjoyed by everyone.

‌﻿Adam Sandler plays a wealthy plastic surgeon who has been hurt by women in the past so he decides to never tell a woman the truth and instead lie to them, to get them to sleep with him. After he meets a young hot school teacher he falls in love with her but gets caught in his own trap. To make her believe that he's not lying, he asks for his assistant’s help. Trouble follows when the lie becomes bigger and bigger. A hilarious movie with Jennifer Aniston and Adam Sandler in the lead roles. They both have amazing chemistry.

The proposal is an unexpected love story between Margaret Tate, (Sandra Bullock) a Canadian editor working at a publishing company based in New York and her assistant, Andrew (Ryan Reynolds). When Margaret is asked to leave the country due to an expired visa, she asks Andrew for help because she is not ready to leave the job she worked so hard for. She asks Andrew to marry her so she can stay in the country and in exchange she would promote him. Both actors have given hilarious performances in this movie with Betty White's comedy a cherry on top.

‌﻿Harry and Sally meet during their university graduation. Sally offers Harry a ride to New York. Sally believes that a boy and a girl can never be just friends, she thinks the guy will always try to have sex with the girl. Harry and sally become friends. They become buy in their own lives but seem to cross paths quite often. They are both finding love but have no luck in that department. Do you think they will be able to remain friends or give in and start dating?

‌﻿This movie is based on a book by David Nicholls. It stars Anne Hathaway and Jim Sturgess in the lead roles. They play two college students, Dexter, and Emma who meet on their university graduation night. They both become friends and the movie shows them meeting each other a couple of times on the anniversary of their graduation night – July 15th. As years pass by, they lose touch as they meet new people, but they cross paths again. This is a heart-warming love story. The characters’ lives are extremely relatable and interesting. It is impossible to not feel some sort of connection to the characters.

Two people meet online and plan to hook up but due to a snowstorm they are forced to extend their one-night stand into a ‘two-night stand’. They spend time with each other and actually end up liking each other. The movie stars Miles Teller and Analeigh Tipton. It is a feel-good romantic comedy.

The above-mentioned movies like Friends with benefits are excellent options if you are in the mood for some light-hearted romantic comedy.