7 Movies to Make You Feel More Empowered as a Woman ... 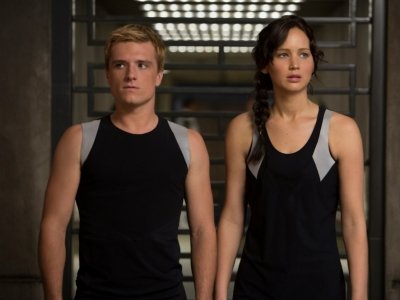 We love movies that make us feel empowered and that's exactly why we love guest contributor Ophelia's list!

I love movies that have a strong female character in them. These movies make women and girls feel like they have power and can have their own opinion and feel free to share them without holding back.

1 A League of Their Own

This movie was based on the All-American Girls' Professional Baseball League that was founded in 1943, when most of the men of baseball-playing age were far away in Europe and Asia fighting World War II. People made fun of the women who played baseball and thought that women could not play. These women with heads held high proved them all wrong.

I know this is an animated movie but it has a great message. Merida is a princess but she wants to go her own way. She doesn't like the traditions of being a princess like arranged marriages. She does not want a man to protect her and control her, she wants to make her own path in life and be independent, which i think a lot of women should have as their mindset.

This movie is not only hilarious, but it shows that women can do things just as well, and sometimes better than a man. Amanda Bynes' character, Viola Hastings has a tomboyish attitude and is very sporty. Her school's girls soccer team gets cut so she asks to be on the boys soccer team and the coach refuses in a very sexist manner. So to prove them all wrong and to do what she really loves, she enrolls in the rival school as her brother, Sebastian. She's The Man has a great perspective on women and it is also very comical. Plus having Channing Tatum as the second lead character doesn't hurt.

This one is a pretty obvious one. We all love Katniss! She's the girl on fire for goodness sake! She is so strong and will stand up for what she knows is right, even if it means risking her own life. Katniss is definitely someone to look up to.

This is one of my most favorite movies. The main character, Bliss Cavendar, hasn't really found herself until she discovers roller derby. She becomes not only physically strong, but mentally and emotionally strong as well. She learns how to be herself and not what her mother is forcing her to be. Ellen Page, Drew Barrymore, Juliette Lewis and the other derby girls are tough, fun, and all around bad-asses!

Another Disney movie, yes, but another really wonderful message. Mulan is the epitome of girl power. She is strong and independent and does what she knows is right and is not afraid to be herself. Mulan is not like most Disney princesses in the best of ways. She does not need a man to save her, her thoughts don't revolve around love and beauty, and she does not rebel against her parents for her own selfish reasons. She may have gone against her parents wishes but she did it for her father, her country, and herself. I grew up always loving Mulan and looking up to her. She is very tough, but still feminine.

I don't have a favorite movie, but this one is definitely high on my list. I never get tired of this movie and i especially never get tired of the main character, Kat Stratford. She is rough, tempestuous, cynical, cruel, opinionated, speaks her mind, and does not care what people think about her. Though some people perceive her as a bitch, I really admire her and think it is great that she stands up for her self and doesn't take crap from anyone. She sticks to her morals and values and scoffs at the consumer driven lives that most people live. In most ways i think a lot of girls should look up to her, but without being rude and bitter.

I love all of these movies and most of them are my favorite movies of all time, and it's mostly because of these strong female roles. These movies make me feel stronger as a woman and i hope that they do the same for you. So please watch them because i highly recommend all of them! :)