7 Shocking TV Moments That Made Us Say What ... 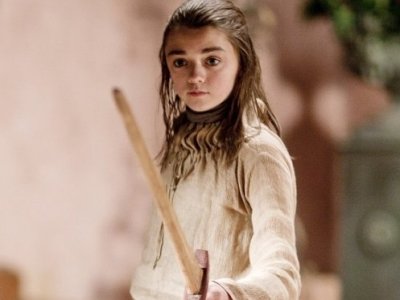 1 Game of Thrones - the Red Wedding

Sure if you read the Game of Thrones books then really there aren't many surprises in this show, but not everybody knew what was coming. Spoiler if you haven't seen it, a lot of people died. This wasn't just like a few people or a bunch of extras and minimal characters, there was a significant amount of loved characters lost. Teaches you that nobody is safe in Game of Thrones.

No the surprise in this episode isn't that they actually had an episode featuring Dracula, it's something that happens at the very end. Buffy goes home and when she goes to her room there's a person there that the audience has never seen before. What's even weirder is that Buffy and her mother call this random person Buffy's sister. Surprise it's season five and now Buffy has a sister! What?

4 Alias - before the Flood

If you watched "Alias," then you might know what moment I'm talking about. If you didn't watch "Alias," then you missed out on some great TV! In the fourth season's finale, Sydney and Vaughn are driving to their long awaited vacation when Vaughn decides to come clean. Among the list of bombshells he drops on Sydney is that Vaughn isn't his last name and their meeting wasn't an accident. Even more, before he is able to finish his list, another car comes seemingly out of nowhere and crashes into his side of the car; episode over.

OK, maybe this isn't the most shocking because it was kind of known that Ellen was going to come out, but it was still quite the shock. Ellen DeGeneres decided that her character should come out on her sitcom and although she only meant to tell one other character she realized that she was speaking into an intercom and the entire airport heard her announcement. Even more shocking, her character's coming out happened at the same time that Ellen came out to Time magazine in real life.

With the final reveal about the island, the audience was left shocked. Sure a few people will say they saw it coming and a lot of people will tell you they hated it, but that doesn't mean they weren't surprised. Even those who didn't watch the show or stopped watching at some point (like me) were surprised by the reveal of the ending. I won't spoil it because I'm sure there are people who still want to watch it!

I almost stopped watching Sons of Anarchy after this episode. The season two finale left me in shock that they would push the limits as far as they did and I'm not the only one. The episode talks about, but doesn't really show, the rape and murder of a young girl. Unfortunately, that isn't the shocking part. The part of the episode that really got the audience is when Gemma, actress Katey Sagal, wasg raped by multiple men. It was extremely hard to watch and almost deterred me from the show completely.

Some shows can really send you for a loop with some of the scenes or crazy moments that they show you. If TV wasn't shocking or surprising though, it might be hard to look forward too. Of course there are a million other "what?!" moments, so what are some of your favorites? Which of these shocked you?