7 Timeless Films to Add to Your Netflix Playlist ... 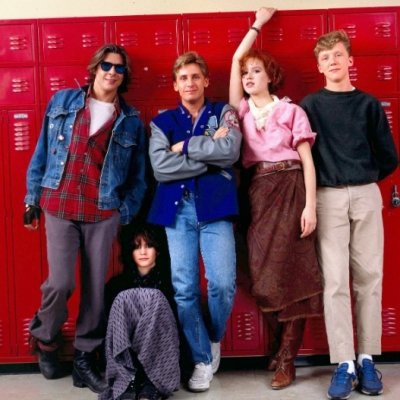 Movie lovers will agree that there are certain timeless films that should always be on heavy rotation on any Netflix playlist. From romantic comedies to film noire, vintage movies have an indescribable element about them that makes it so incredibly easy to fall for them. Equipped with the talent of classic stars such as Audrey Hepburn and Elizabeth Taylor, it's no surprise that these movies are still considered to be some of the best films ever. Regardless of what your preferences may be, once you watch these phenomenal timeless films, turning your back on your Netflix account will be impossible to do.

Starting off this list of timeless films is the movie that helped shapedthe lovely Audrey Hepburn's career, "Sabrina". Also starring Humphrey Bogart and William Holden, this romantic comedy spotlights the love triangle between two wealthy brothers and their chauffeur's daughter. From the chic costume designs to the clever banter between the brilliant actors, fans of the elegant Hepburn will definitely fall in love with this film!

2 The Last Time I Saw Paris

Elizabeth Taylor and Van Johnson light up the screen in the cult classic "The Last Time I Saw Paris". Taking place in the form of a flashback, Johnson plays a reporter who finds himself reminiscing about the time he fell in love after World War II ended and the series of twists and turns in his life since then. This will always be one of my favorite films starring this talented duo.

Hear me out! I can't be the only person who is still completely obsessed with this team of ghost hunters. As one of the most popular films released during the 1980s, there's something about this movie that makes it so enduring. Who could resist dancing to that catchy tune? If you've never had the chance to watch older films, trust me when I say that this is a great place to start!

This next classic features some of the greatest (not to mention quickest) lines and dialogue in movie history. Carey Grant stars as the witty editor of a newspaper, Rosalind Russell as his ex lover turned ace reporter and Ralph Bellamy as the naive fiancé. Carey Grant's character Walter Burns finds himself doing everything in hos power to stop his ex from moving on. The cast's comedic timing will definitely have you in tears.

Based on a true story, "Lean On Me" is considered one of the best movies released in the late 1980s. It follows the life of Joe Clark, a principal who takes drastic measures to reform a poorly performing school and give the students a chance to succeed. Growing up, I found this movie to be incredibly powerful because of the fact that I'd always wanted to become a teacher and motivate my students in the same way that my own mentors did for me.

From the hit movie featuring Patrick Swayze, Rob Lowe and Tom Cruise to the best selling novel it was adapted from, "The Outsiders" will always be at the top of my movie playlist. I always found the tension between rival gangs the “Socs” and the “Greasers” to be both sad and interesting as the story presents commentary on the friction between the higher and loser class in a relatable manner. If it weren't for this film, the world would be without the inspirational words "Stay gold, Ponyboy."

I don't think it would be possible for this list to exist without mentioning "The Breakfast Club". Centering around the connection formed between five people (with clashing personalities) in detention, this film is rightfully considered to be a prime example of how spot on the movie industry was during the 1980s.

As a fan of classic and old time films, there's nothing I enjoy more than spending my weekend having a movie marathon. It was certainly difficult narrowing this list to just seven spectacular films. What are some of your favorite classics to watch on netflix?