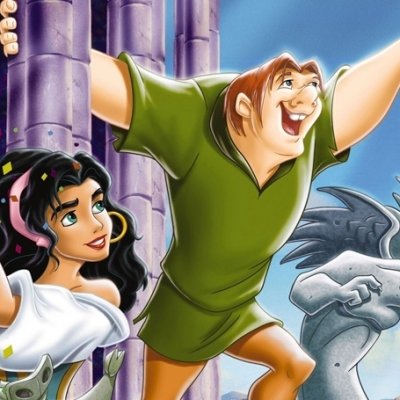 You may be surprised to find out that there are several Disney movies that taught us terrible lessons. A lot of these animated films are classic childhood memories for me, and some do have uplifting, positive messages. Once I became older however, I realized that as entertaining and intriguing some of these movies will always be, there are subliminal hidden messages that aren't too appealing. So, let’s take a look at the Disney movies that taught us terrible lessons and still do to this day.

Starting off this list of Disney Movies that Taught Us Terrible Lessons is the "Little Mermaid." Ariel's biggest dream is to leave the sea and walk on foot to find the man of her dreams, so she makes a deal with the sea witch Ursula. There is however, always a catch when you deal with evil. In exchange for her wish, Ursula takes away Ariel’s beautiful singing voice. Somehow, she and Prince Eric still end up falling in love despite her voice impairment. Lesson - making a deal with the devil can bring about positive results. It all depends on how you look at it.

“Snow White and the Seven Dwarfs” is quite disturbing because why would anyone be okay with a random guy kissing them? If I were Snow White, I would have felt violated after waking up and finding out a man just kissed me without my consent. Yes, he may seem charming and he may have just saved me, but it’s just not cool to have a stranger come into your home and make moves on you. But, I guess it was best for Snow White to look past that; after all, he did just save her from staying in a coma for the rest of her royal life.

3 The Hunchback of Notre Dame

“The Hunchback of Notre Dame,” highlights Quasimodo as the ugly outcast who falls head over heels for Esmeralda - a beautiful gypsy. In the end he doesn’t win her heart as Esmeralda falls for the attractive Captain Phoebus! Sigh! It’s just a depressing outcome considering the fact that Quasimodo rescued the damsel from being burned alive at the stake. As a compassionate viewer, I really wanted him to know what it felt like to be loved by someone, especially since the only woman who ever loved him was his deceased mother. But I guess Esmeralda did what most "pretty girls" do: immediately throw the less attractive, sincere guys into the friend zone.

Sometimes it's what’s on the outside that counts - said no one ever! According to "Cinderella", if you want to impress a guy, it’s smart to just totally change your appearance and pretend to be someone you’re not. It’s not wise to ever show anyone the less fortunate side of you. Always keep your flaws hidden and the truth withheld because men like that, you know. Oh, and when you do change everything about yourself you will be swept off your feet by your crush, fall in love, and will live happily. If only it were that easy.

5 Beauty and the Beast

So, he kidnaps you, holds you hostage, yells at you, and acts like a total asshole. Yet, underneath that hard shell is a loving, caring, and handsome guy just waiting to fall in love with you. Disney’s “Beauty and the Beast” emphasizes how abusive guys can really be good guys, and if you just be patient with them they will eventually change. Unfortunately, this terrible lesson hits home for a lot of women who in reality are experiencing or have experienced abuse from a significant other. Although Belle's admittance to loving the beast transformed him back into a loving human, in the real world this would rarely happen.

Like Snow White, "Sleeping Beauty" also depicts a very attractive man saving a princess with just one kiss. What makes it even worst is that Princess Aurora didn’t even know the man, but after she awakens from his magical smooch, they immediately become a twosome. The obvious message in this movie is if a man saves you, you are now his property. No ifs or buts about it. Trust me, there aren't many other guys worth waiting for now that you can have your own lifesaver.

This lesson is an ongoing theme in a lot of Disney movies. However, one film in particular just makes you want to cry over and over again no matter how many times you've seen it. In "The Lion King," Mufasa unfortunately dies at the hands of his own conniving brother Scar. Due to jealousy and greed, Scar takes over Pride Land and Mufasa’s son and rightful heir, Simba, is manipulated into running away from home. So, what’s the lesson behind this one kiddos? Sometimes people just have to eliminate their rival(s) in order to get their way. Well, you’ll definitely get to enjoy the fruits of your deceit but only for a moment until karma comes looking for you.

Although the lessons in this list are quite disappointing to see, not all Disney movies were made with the intent to deceive its viewers - and of course some, like Mulan, have fantastic morals and points.. Did you ever notice any of these terrible lessons before reading this article? What are some other Disney movies that have horrible messages?