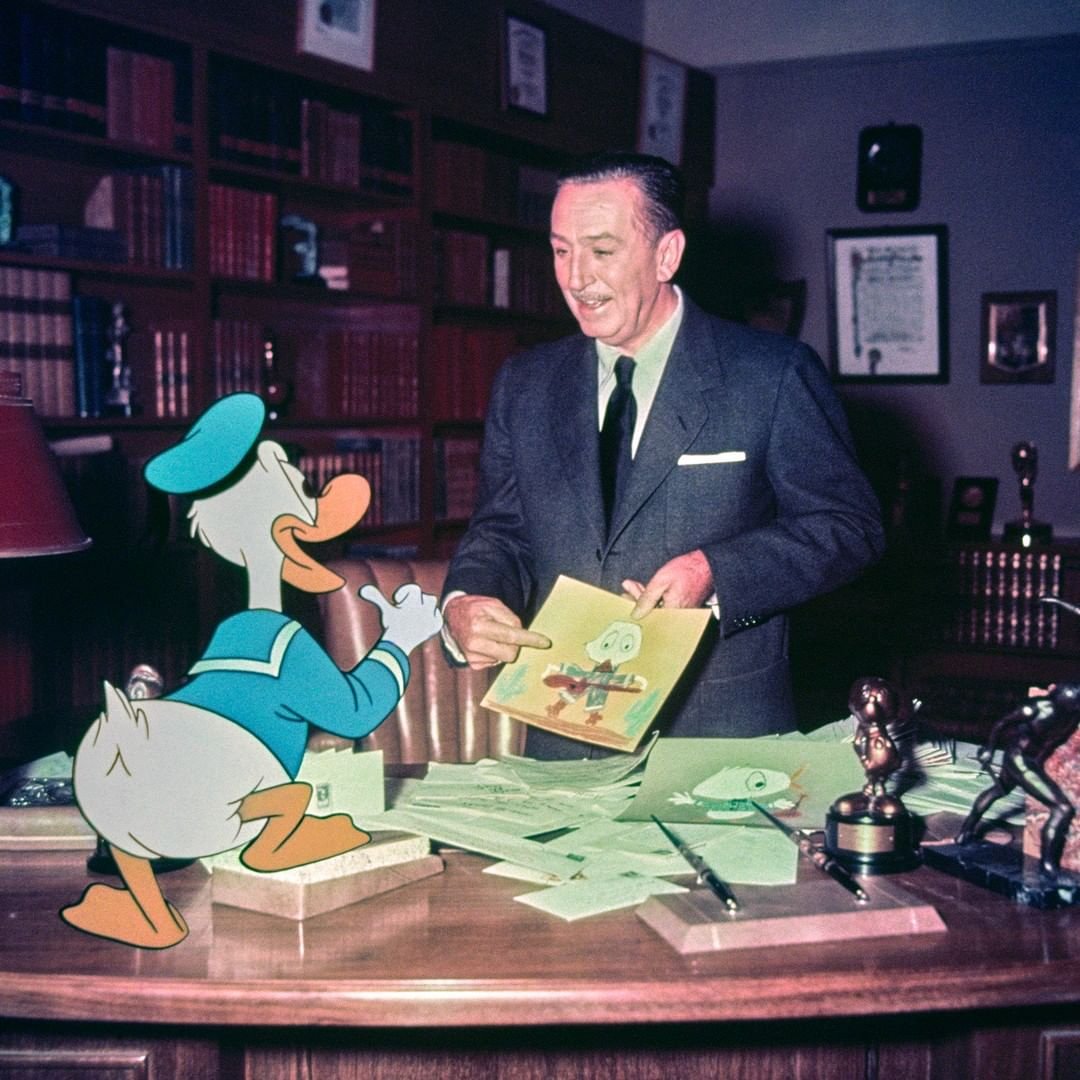 1. Boo is the Witch from Brave

Although this is a part of the infamous “Pixar Theory,” it’s so insane to wrap your mind around that it needs to be addressed separately. It's definitely one of the more insane Disney conspiracy theories to truly understand. Boo is the witch from Brave, who can disappear every time she walks through a door, á la Monster’s Inc. To make an even better case for this theory, there’s a drawing of Sulley on the witch’s walls. However, there’s more to the witch’s story that brings us to the rest of the Pixar Theory.

The Pixar Theory, put simply, is that all Pixar movies take place in the same universe. All animals and other creatures gained the ability to talk with the witch in Brave’s magic. This theory is wonderfully complicated and confusing, and to truly to understand it, you must be extremely well versed in Pixar movies.

3. The Beauty and the Beast/ Tarzan Theory

I love this theory because it means that two of my favorite Disney characters are related! This theory suggests that Jane from Tarzan is the granddaughter of Belle and the Beast. It makes sense, who else would have inherited that iconic purple and white tea set? Plus, Jane was excellent at communicating with a beast-like man. Sound familiar?

This theory is definitely one of my favorite movie theories to-date. The Emily theory is pretty simple, but extremely crazy. Supposedly, Emily, Jessie’s previous owner, is Andy’s mom. It makes sense when you really delve into it. After three movies, we never actually learn Andy’s mom’s name. Andy is seen wearing an almost identical hat to the one Emily wears in Jessie’s flashback. Plus, Emily’s room is decorated in a retro way that would’ve been common for the time Andy’s mom was growing up. In every Toy Story movie, it’s often brought up how rare and valuable Woody is. Wouldn’t it make sense if Andy’s mom had found the boy version of the toy she loved so much growing up?

5. The Frozen and Tangled Theory

By now, you’ve probably seen the picture floating around the Internet of Rapunzel and Eugene at Princess Elsa’s coronation. There’s a very possible theory out there that Elsa and Anna are cousins of Rapunzel. However, some people take that one step further…

6. Frozen, Tangled, and the Little Mermaid

This theory is verging on Pixar Theory complicated. Because some people think that Elsa and Anna are Rapunzel’s cousins, it’s entirely possible that their parents were on their way to Corona for Rapunzel’s wedding when their ship capsized. Going even further, some people have questioned whether or not the shipwreck Ariel discovers in The Little Mermaid is actually the King and Queen of Arrendelle’s ship. If so, doesn’t that make that scene in The Little Mermaid so much more depressing?

The classic Disney princess story has a beautiful princess, charming prince, and evil queen/stepmother, right? Let's look at that last ingredient a little more closely. In both Tangled and Snow White, the beautiful princess is raised by a spiteful woman who isn't her actual mother, and who is obsessed with youth and beauty. Both villains turn into old hags before the movie's end, and use deceit disguised as love as their weapon of choice. Is this a coincidence, or is the mother from Tangled the really evil stepmother from Snow White?

Although those Frozen theories seem very fleshed out and possible, there’s another theory that’s nearly been confirmed by the creators of Frozen. They hinted in a Reddit AMA that the King and Queen didn’t die, but instead washed up on an island, gave birth to a baby boy, and then got eaten by leopards, an obvious nod to Tarzan. It may have been a joke about the numerous Frozen theories that are popping up everywhere, but in reality, is anything ever really a joke when it comes to Disney conspiracy theories?

9. Aladdin is a Post-Apocalyptic Fantasy

Wait, what? That's right, you read correctly! Some Disney conspirators have examined the details and determined that Aladdin takes place in the future! The genie claims he has been locked up for ten thousand years, placing the story far away in the future. Plus, Genie impersonates actors from our time, meaning he couldn't have been alive in the ancient world, and therefore got locked in the lamp during the 20th century. In this future, the "magic" inventions of flying carpets and talking monkeys are really just state-of-the-art technology!

To take an incredibly depressing turn, some argue that Carl dies after learning he has to move to a retirement home in Up. The rest of the movie is his trip to the afterlife, with Russell helping him along his way. As depressing as that is, it does seem entirely possible.

11. Frozen: It's All Political

Frozen has many interpretations, among these is that Frozen is all about the negative repercussions of climate change. Prince Hans represents the small island nations around the world who are threatened by rising tides resulting from melting glaciers. Queen Elsa represents the extreme fears we all have of a climate change too severe to control.

Of course, there's this classic, crazy conspiracy theory! Although most people who have actually read Lewis Carroll's books agree that Alice in Wonderland has nothing to do with hallucinogenic drugs, people still insist that it's all about drug use! From the caterpillar sitting on a mushroom smoking hookah, to Alice's body distortion caused by "magic mushrooms", the story is full of references to illegal substances.

Of course, everyone reveres Hamlet, one of Shakespeare's greatest plays ever written. Just a few notches down from that, we probably place Lion King, one of Disney's greatest animated films. Perhaps people love these stories so much because they're so similar! Like in Hamlet, a prince's father is killed by his uncle, but the details of his death are kept a secret. Hamlet has two close friends, Rosencrantz and Guildenstern, who are a little bit goofy, but still critical characters in the play. Doesn't that remind you a bit of Timon and Pumbaa? The list of similarities goes on, convincing many Lion King lovers that the movie was based on Hamlet!

When Belle is in the bookstore and describes her favorite story all about far off places, magic spells and princes in disguise, was she actually talking about the story of Aladdin? It would be pretty cool if she was!

15. Sexy Words in the Lion King

There has long been a myth that the special effects guys working on the Lion King added in the word ‘sex’ to dust in a scene where Simba flops down on the edge of a cliff. It has never been confirmed but many people think they can see it!

Have you ever thought about the possibility that the entire story of Aladdin could have been made up by the salesman we meet at the beginning of the movie to try to get us to buy the lamp? It could have just been a piece of garbage!

Do you remember that beautiful red headed mermaid that we see in Peter Pan? Some Disney fans like to think that it is Ariel’s mother, Athena. We know that she was killed by pirates, and there are definitely a lot of pirates in Neverland!

What’s your favorite Disney conspiracy theory? Let me know in the comments!

This article was written in collaboration with editor Sabrina Yates.