7 Documentaries on Netflix You Will Love ... 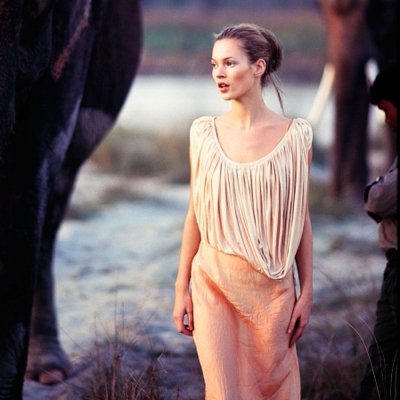 This is quite a disturbing, moving and absorbing documentary from 2006. Filmed over a year in 2004, the documentary captures footage of people using the Golden Gate Bridge in San Francisco as their farewell point to the world. This might sound morbid and macabre but I think it's tastefully done and helps raise awareness of mental health issues and the subsequent impact they can have. It also features an interview with someone who jumped and survived to tell the tale. The documentary features interviews with the families and friends of those who committed suicide.This is definitely one of the documentaries on Netflix you should watch.

Everyone loves a good urban myth and this one centers on the Cropsey 'boogeyman' type figure, which was used to dissuade children from staying out too late or venturing too far in New York. In the 1970s and 1980s, children began to go missing on Staten Island and people looked to an abandoned mental institution called Willowbrook in Staten Island and the web of underground tunnels, which was said to still house some of the former inmates and workers. Add a dash of satanic rituals and you have the makings of an intriguing documentary about myths, murder and missing children.

If you want to learn about food and nutrition then this documentary from 2008 is for you. The documentary highlights the important part that food plays in our health and pays particular attention to the use of food to treat conditions such as depression, heart disease, diabetes and even cancer. It proves that we really are what we eat!

5 For the Bible Tells Me so

This is a great documentary about homosexuality and the conflict with Christianity. It features interviews with staunchly religious parents who describe their experiences coming to terms with discovering that their children are homosexual, after having been taught by the church about the supposed evil inherent in same-sex sexuality. It shows the ways in which the bible has been misinterpreted in many ways to justify people's prejudices.

If you love a good conspiracy theory and are part of the group called "We're All Being Lied To," then you'll love this documentary from 2007. It's actually compelling viewing and looks at the monetary system, the Christ 'myth' theory and 9/11. Although many have questioned the accuracy of its claims, it still makes you think. It spawned a couple of great documentaries which are also worth viewing: Zeitgiest: Moving Forward and Zeitgeist: Addendum, which center more on the financial systems of the world and the damages they can cause.

I have saved the best for last as this documentary from 2011, in my view, is fantastic. It highlights the ways in which the media portrays women in a sometimes disparaging way and the ways in which we are under represented. Using interviews from influential and successful female figures such as Condoleeza Rice and Katie Couric, it highlights the need for positive role models for the young women of today. I guarantee that once you have watched this, you will want to join the Representation Project and take the pledge!

There are many other great documentaries on Netflix that I'm slowly working my way through. Has anyone seen any of the above and enjoyed them as much as I have? Are there any other great ones you would recommend?