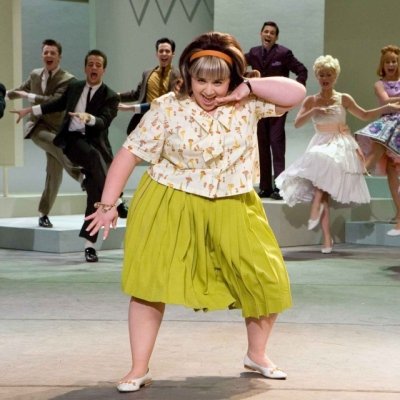 Have you ever caught any of John Waters movies? For four decades, he's been producing shockingly hilarious movies that no other filmmaker can equal. Although his later movies have been more mainstream, there's still a gleefully subversive streak in them. And we should thank him for introducing the wonderful Divine to the world. Here are some of the most awesome John Waters movies you should see: …

One of my favorite John Waters movies is this fabulous black comedy where surburban housewife Kathleen Turner turns serial killer, picking off anyone who deviates from her idea of correct behavior. Waters predates the rapid fame of internet celebrities by having his 'heroine' become a huge celebrity for her deeds. It's one of the best roles Kathleen Turner's had, and she plays it superbly.

I love this movie for this particular scene, in which a group of hoodlums learn the hard way that you shouldn't mess with a 'sister of the church!' You've got to admire the way in which the lady in question takes her revenge - it may be a little excessive, but then nobody ever accused Waters' movies of being understated! I think we'd all like to get a bit of her style and get our own back on people who annoy us …

Waters' most recent movie is something of a return to the style of his earlier movies. It tells the story of a repressed housewife who becomes sex-obsessed when she suffers a blow to the head. About as subtle as a sledgehammer, and a great deal funnier, it's one for the fans of his earlier movies or for people who love innuendo and rude humor.

Definitely not one for the sensitive! This movie follows Divine as a thoroughly bad girl who comes to a sticky end. It's one of the 'trash' movies that Waters made his name with, and wouldn't have been the kind of movie that featured at your local multiplex … But if you enjoy alternative humor give it a go.

Every low-budget filmmaker must wish they could get a Hollywood star to appear in their movie. Guerilla filmmaker Cecil B Demented goes one step further than wishing, and kidnaps a Hollywood actress. The movie satirises Hollywood's enthusiasm for sequels and bland movies, as Cecil's motley crew sabotage and invade the sets of mainstream movies …

This movie really must have been shocking in its day, but given what we're used to seeing on screen these days it probably wouldn't shock most people. However, don't watch it if your parents are around! Pink Flamingos follows Divine's quest to be named the Filthiest Person Alive, and contains the infamous 'dog poop' scene …

If you've only seen the inferior remake or the musical, check out the original and best version by Waters. It has some wonderful cameos by the likes of Debbie Harry, and also has some pretty pertinent things to say about race relations. Plus there's the joy of seeing the mean girl get her comeuppance, and the enjoyable music.

So whether your tastes run to gross-out movies or something that pokes fun at mainstream tastes, check out some of John Waters' movies. What is your favorite type of movie?