13 Movies That Prove the Underdog Wins when Geeks Get Makeovers ... 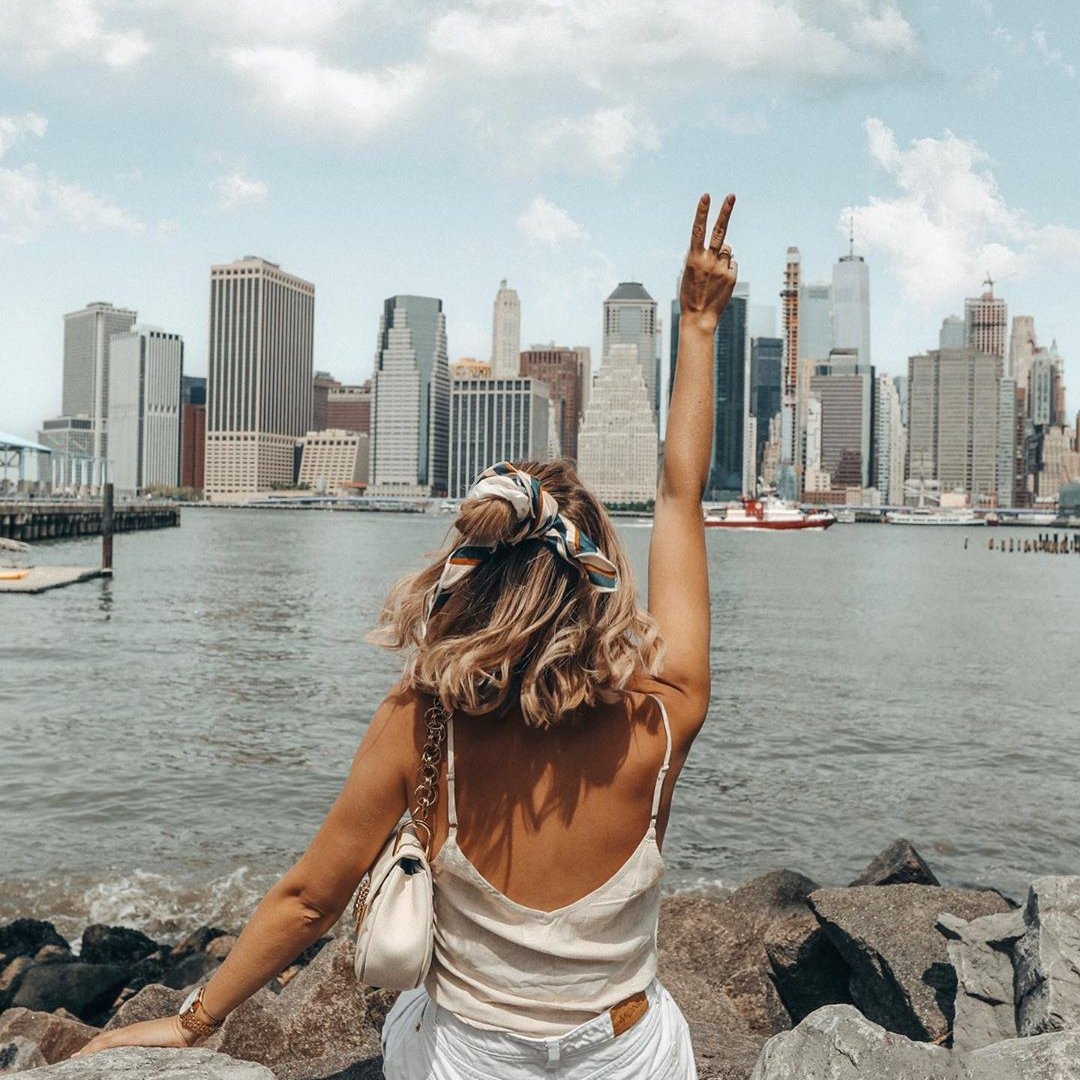 Makeover movies are always fun even if they are predictable. You can always trust Hollywood to churn out movies where a socially awkward and unhappy girl overcomes her own social ineptitude, gains popularity, fortune (monetary and social) and a hunky guy, with an all-empowering makeover.

Makeover movies usually have geeky girls brimming with intelligence, matched with a sardonic attitude or a horrible dress-sense, who are displayed as ‘outsider’ characters. The makeover movie usually ends with their problems solved through sleeker hair, fashionable clothes and a lot of makeup, thus delivering a story arc that promotes having ‘the best of both worlds’. Unfortunately, rarely does Hollywood ever show that having brains or a good personality is enough to be accepted in society. Check out these 13 Movies Where the Geeky Girl Gets a Makeover to see what I’m talking about.

A popular and well-known makeover movie that stars Anne Hathaway as Mia Thermopolis: a frizzy-haired, snorting and rather geeky-looking teenager who lives with her mum and has a cat. Oh, and who discovers she is a princess of the made-up country Genovia. Of course, a girl with huge glasses and even huger hair can’t be the face of Royalty, and thus she begins her makeover into a real princess: with straightened hair, contact lenses and jewels.

Sandy Olsen, all-round good girl, probably gets the most iconic transformation in one of the most successful musicals ever. So strong is the musical genre, Grease never gets billed as a makeover movie. However, I would align myself with the feminists and question why Sandy is the one who has to change, considering her other half is bad boy, drag racing greaser Danny who is undeniably vain, and a little bit dim. Both Sandy and Danny struggle to align themselves with their loved one’s different personalities, but Sandy blows everyone away with her drastic makeover from being a long-skirted, pastel colored straight-haired blonde cutie to black leather-clad, permed hair and high-heeled biker-chick, but without a bike.

Toula Portokalos is a typical Greek American woman, struggling with familial pressures to get married and have children. Toula is frumpy and very cynical towards love, marriage and having as many Greek children as her kolpos can handle. After an argument with her father, and seeing handsome Ian Miller (John Corbett), Toula has had enough of playing the hand she’s been dealt with and establishes her independence. She takes computer classes, wears contact lenses, curls her hair and wears makeup. Thus she becomes more acceptable in appearance for wooing Ian and handling her huge rambunctious family.

«Nobody puts Baby in a corner» says Patrick Swayze, after Baby undergoes an enriching transformation from an awkward teenager with two-left feet to a fully-blown dancing extraordinaire, under the guidance of Johnny. Baby and Johnny are from two different worlds, with Baby being an unconfident, bookish, upper-middle class girl and Johnny being a sexually-fueled working-class dance teacher. The final dance scene marks both characters’ ultimate transformation of self-acceptance where Baby finally gets to be center-stage, and the two lovers successfully accomplish their dance’s iconic lift. Easily established as one of the best makeover movies of all time.

This movie has Fran, a Spanish woman who attends a beginner’s class at a dance studio, and partners up with ballroom-dancer Scott Hastings in a major dance competition. Hastings is a maverick dancer who finds potential in Fran’s Spanish paso doble dance steps, which causes Fran to transform from a frumpy woman with little make up, compromised by her massive glasses, into a beautifully exotic and stunning Spanish-styled ballroom dancer.

Sandra Bullock plays the adorable, yet gawky, FBI agent Gracie Hart who undergoes a massive change in this funny makeover movie. She orders ice-cream by the pints, snorts with laughter, doesn’t even own a brush, but is a first-class geek when it comes to her work and self-defense. Her readily honed detective skills, and by being the only woman in her field, forces her to go undercover at a Beauty pageant, thus getting a (rather painful) makeover orchestrated by a marvelously camp Michael Caine..

Lindsay Lohan plays Cady Heron, a home-schooled teenager who is thrown into the jungle that is high-school and struggles to find her place in society. According to the school’s ‘popular’ girls, The Plastics, she has a horrible sense in fashion and is easily manipulated. Thus, they take her under their wing and give the sweet family-orientated girl from Africa who is good at math a makeover, turning her into a Mean Girl with sexual clothing and lip gloss. Cady soon learns that her makeover does not get her what she wants, and instead alienates her only real friends and disappoints her family.

A classic makeover movie where a jock takes on a bet that challenges him to make an unattractive girl into a prom queen. Yep, shallow premises don’t get shallower than that! The chosen girl is Laney Boggs, who is positioned as ‘unattractive’ simply by having glasses and a pony-tail. Not only that, but she is witty, sardonic, and has a weird name. Thus, Boggs is the perfect makeover movie chick, where the director has actually taken a very attractive actress, called her a geek in the movie, and revealed her to be an actual beauty once she’s undergone her ‘makeover’, letting teenage girls across America believe that in order to get men like Freddie Prinze Jr, you need to throw away your glasses and wear a short dress without a bra.

This movie is definitely a classic! While the basket case, Allison's, makeover certainly isn't the whole point of the movie, it still marks a dramatic change in appearance for the girl with a compulsive lying problem. In order to attract one of the guys at Saturday school, aka the biggest jock on campus, Allison receives a makeover from Claire in the gym bathroom. She comes out looking fabulous and soon has Andrew speechless.

In this 90's film, two rich, popular, best friends, Cher and Dionne, set out to make the world a better place. Of course, in this case, the only way to make a difference is by taking the new girl under their designer-bag-worthy wings and transforming her into one of their own. After spending a few weekends together, Tai becomes one of the most in-demand members of in-crowd.

From prostitute to trophy wife, Vivian Ward, played by Julia Roberts, transforms throughout this movie. Whether it’s love or money that gives her a makeover, Vivian is a very different person at the end of this movie than at the beginning! She maintains her independent spirit and witty mind, although she adds a bit of rich, handsome arm candy and a few designer dresses to her life.

Who doesn't love a good Meryl Streep movie? In this modern day classic, we see "the fat girl" transform into a woman who seems to be a natural in the fashion world! At the beginning of the film, Andy Sachs is a plain Jane with no eye for fashion! But to survive in the fashion world and one day become a legitimate journalist, Andy must swap her crocs for stilletos and learn how to fit into the extremely shallow and competitive world of Runway magazine.

In my opinion, My Fair Lady is the movie that started it all! This Audrey Hepburn film is based on George Barnard Shaw's play, Pygmalion and it's all about taking a lower class flower saleswoman and transforming her into the epitome of elegance! It's a fun and brilliant musical to watch, especially if you're a fan of geeky girl makeover movies!

That’s Hollywood for you. I’ve tried to include some makeover movies which don’t have such a soul-destroying plotline that defeats any young girl’s self-respect, but many of these 13 Movies Where the Geeky Girl Gets a Makeover always owe a girl’s happiness to being pretty, because intelligence is not enough to get a boyfriend/husband. Maybe this is a trend that follows on from Disney fairy-tales, such as Cinderella, where beauty and richness gets the guy. Encouraging. What other Movies Where the Geeky Girl Gets a Makeover do you know?

This article was written in collaboration with editor Sabrina Yates.