7 Romantic Movies to Look Forward to ... 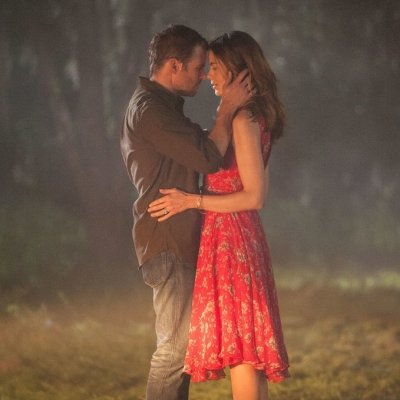 Starring Keira Knightley, Chloë Grace Moretz, and Sam Rockwell, this movie is destined to become an instant hit, and it’s personally one of my favorite romantic movies to look forward to. Keira Knightley stars as Megan, a lost young woman who finds herself buying alcohol for Chloë Grace Moretz’s Annika. After a bit of a breakdown, she runs away to Annika’s house, where she meets and eventually falls in love with Craig, played by Sam Rockwell. Just by watching the trailer, it’s apparent that this movie is one of the quiet, lovely romantic comedies we’ve all been missing.

Very little has been released about this film adaption of the critically acclaimed musical, but based on the little bits that we’ve seen, it looks like it may be one of the best musicals you’ve seen in a while. The film adaptation stars Anna Kendrick and Jeremy Jordan, and while they are sure not to disappoint, it’s the plot of the movie that really leaves me in awe. It follows a doomed relationship between Cathy and Jamie from beginning to end. However, Cathy’s story is told in reverse, while Jamie’s is told chronologically and so far, it looks like it will definitely be a hit!

I, like most people, am always wary of book-to-film adaptions, especially when I like the book, so I was nervous when I heard that this book was being made into a movie. That being said, The Best of Me looks like it’s staying very true to the book, as is usually the case when it comes to Nicholas Sparks movies, and that makes it one that you don’t want to miss!

This beautiful film about Stephen Hawking and his wife, Jane, is one that you absolutely need to add to your must-see list, if you haven’t already. It’s an awe-inspiring retelling of their relationship, and the deterioration that inevitably occurred in both Stephen and their relationship as a whole. It’s likely to be one of the most moving films of 2014, and it’s set to be released on November 7th, so mark your calendar!

Maybe I’m just a sucker for a good “Can boys and girls just be friends?” storyline, but I’m so excited for this movie. It stars Lily Collins and Sam Claflin as, you guessed it, best friends who aren’t sure what they are exactly. That being said, there’s so much more to it than that, and if you haven’t seen the trailer yet, you need to. It will make you want to go to the theatre and watch the movie immediately, even if it’s not out just yet.

Everyone loves a good romantic comedy starring Hugh Grant. Whether you love him Bridget Jones’s Diary, Love Actually, or even Music and Lyrics, you are sure to love him in The Rewrite. He’s his usual charming self, playing a screenwriter-turned-professor alongside Marisa Tomei, and if that’s not enough reason to see it, I don’t know what is.

I was wary to check this movie out, simply because it looked pretty dramatic, but I am so happy I did. It’s written and directed by the person behind Love and Basketball, which, of course, is reason enough to watch it. While it does look like it’s a pretty dramatic movie, it also looks it will be one of the most lovely romantic movies of 2014.

What romantic movies are you looking forward to as 2014 draws to a close? Give me some suggestions to check out in the comments!