9 Awesome TV Shows You Should Binge-Watch This Weekend ...

There are so many awesome TV shows that are worth spending the time to binge watch. In fact, I’m pretty sure that television shows are almost better when you watch them in a restricted interval of time, a system also known as binge watching. I’m almost addicted to binge watching. With programs out there like Netflix and Hulu, it’s nearly impossible not to get suckered into binge watching at one point or another. These are just a few of my favorite binge-watching shows. Hopefully you’ll find a few awesome TV shows you’ve never seen, or maybe even your new favorite show!

The Office is one of those awesome TV shows that will always make me laugh no matter what kind of day I’ve had. If you’ve tried to watch The Office and have never gotten into it, watch the episode called Dinner Party from Season Four. It will make you laugh so hard that you will immediately want to watch all nine seasons immediately. You’ll eventually get to the series finale and sob, but try not to think about that.

Although it’s only in its second season, The Mindy Project is one of the most underrated comedies on TV this fall. If you haven’t watched it yet, start from the beginning and catch up. It keeps getting better and better as time goes on, and I’m not just saying that because I love Mindy Kaling. The writing’s hilarious, the actors are amazing, and you will fall in love with this show. 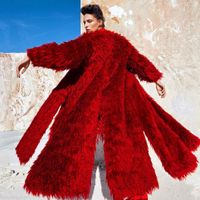 How to Make Your Home Feel like a Resort ...

Friends is a classic, go-to, binge-watching show. If you haven’t already seen every episode, you’ve at least seen one or two. And if you’ve only seen a few, there’s a pretty good chance that the world is judging you and you need to sit down and watch them all immediately. That may be harsh, but really, you probably won’t know what you were doing with your life before you’d seen every episode.

Everyone has a few shows from their childhood that they absolutely loved. I loved Boy Meets World, and every few years I’ll re-watch the entire series. Find a show that you loved as a child on DVD or Netflix and watch it immediately. Sometimes you just have to revert back to your childhood, even if only for a few hours.

Everyone has a show that they love to hate, or would never admit to loving. For some it may be Keeping Up with the Kardashians or a Real Housewives show. Whatever it may be for you, unashamedly spend a little bit (or a lot) of time watching it.

New Girl is another show that is another great comedy on the air this fall. Thankfully, the first two seasons are on Netflix so if you haven’t seen it yet, you can catch up quickly. By the end of the second season, you will most likely find yourself addicted. It’s “Friends” reminiscent, and I think it will be one of those shows we’re still talking about years after it’s over.

7 How I Met Your Mother

While How I Met Your Mother may seem dragged out and overdone at this point, it’s still worth watching. Like New Girl, it’s “Friends” reminiscent, but it’s definitely got a spin to it that will pull you in. If you’ve never watched it, I suggest you start before the series ends. I spent years refusing to watch it, and when I finally did I became addicted. Hopefully the same does not happen to you.

Girls is a show that everyone loves to hate, and yes, while sometimes I want to pull my hair out and scream at any or all of the girls, this show holds a special place in my heart. If you’re a twenty-something, sometimes one of the girls will say something that will hit so close to home you’ll think Lena Dunham stole it from your diary. Give the show a chance, and you may go from hating it to having a love/hate relationship with it.

9 Your Favorite TV Show of All-Time

What is your absolute, favorite show of all-time? Think long and hard, and when you know, sit down and watch the entire series. You can’t go wrong with your favorite series of all time, whether it’s Breaking Bad, Game of Thrones or Six Feet Under. You know you’ll enjoy it and you can’t go wrong with a little reminiscing, can you?

What are refined breads ...
Which fruit is rich in protein ...
Is chia high in fiber ...
Out of this world recipes ...
How to tell a guy you have your period over text? ...
What to do if your parents fight a lot ...
Is junk food good for you ...
What is listeria monocytogenes in food ...
What makes a guy hard ...
What to do when sugar is high ...