7 Bad Guys We Love Even Though We Shouldn't ...

There are so many bad guys we love out there. Who hasn't sat through a movie or a TV show, thinking, "Wow, I probably shouldn't be enjoying this character so much"?! There are a million reasons to love a bad guy, whether it be looks, humor, or they're just so crazy you kind of just have to love them. Anyway, here are some of the bad guys we love even though we probably shouldn't

It's kind of amazing that Loki is probably one of the most popular bad guys we love. If you spend any time on the internet then you will see that he is more loved than Thor, who is actually the hero of his movies. It doesn't seem to matter to anyone that Loki has tried to kill thousands of people because everyone just adores him so much. This likely has a lot to do with actor Tom Hiddleston, but nevertheless Loki is definitely loved.

Moriarty from BBC's "Sherlock" is another bad guy that people just can't help but love. Even though he's crazy and a serial killer, people just love to watch him. The interactions between Moriarty and Sherlock Holmes definitely add to the love for the character. The intensity that the actor brings to Moriarty is amazing! You know it's wrong to love him, but you just can't stop.

Mr. Yang from "Psych" is a crazy serial killer, but the episodes with the character are so amazing that it's hard not to love Yang a little bit. There is a lot of mystery around who Mr. Yang is and once it was discovered, I think the audience loved Yang even more. The best part about this character isn't just the funny parts that come along with the insanity, but also the fact that the episodes are just so suspenseful and interesting to watch.

I think some people forget that Beetlejuice is technically a bad guy. Yes he's funny and doesn't seem to be too bad, but in the end he really is the villain of the movie. Of course everyone who watches the movie loves the character, but that doesn't make him any less of a baddie. It's probably debatable if he should even be on this list, but when it comes down to it whether we like it or not, he is a bad guy.

Here is another villain who may actually be more loved than the hero in his movies. The late Heath Ledger's representation of the Joker has been a fan favorite since the movie came out. While everyone loves Batman, it doesn't seem to compare to this complex character. Even though he's a real bad guy, not a minor one like Beetlejuice, people can't help but love him.

Dexter is one of those bad guys who just toes the line between good and evil. Of course he is a serial killer so he's technically a bad guy, but really he only kills other bad guys so that makes him good - right? Everyone roots for Dexter even though it's probably wrong to hope a serial killer continues to get away with it, but who can help themselves? He's just a really great character.

Maleficent is one of the most loved Disney villains! She is one of the most popular, to the point that she's getting her own movie, and there's a makeup and nail polish line at Sephora dedicated to her. What other bad guy can say that? Although she's evil and does try to control the kingdom by putting Princess Aurora into the deep sleep that earned her the title Sleeping Beauty, she does it so fabulously it's hard not to love her.

It's very conflicting when you start to love a bad guy; you know you're not supposed to and yet you can't help it! Which on this list do you love? Who would you add? 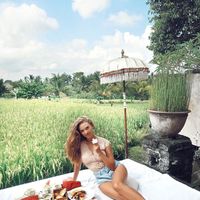 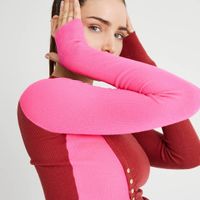 21 True Crime Documentaries That Will Shock and Disturb You ... 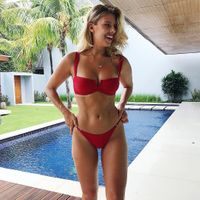 Great Songs to Add to a Workout Playlist for Killer Motivation Part 4 of 5 ... 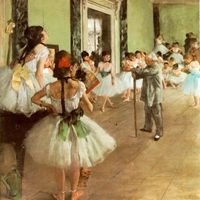 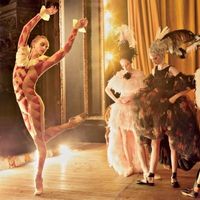 How to be popular in elementary school ...
Why is my friend stupid ...
Paris color stylo smoky shadow neon skirt ...
How to make your crush notice you ...
What to say in a fight ...
Life is beautiful tattoo ...
Baby shower food ideas girl ...
What do you need for a girls night in ...
Spelling is important ...
He raises his eyebrows at me ...