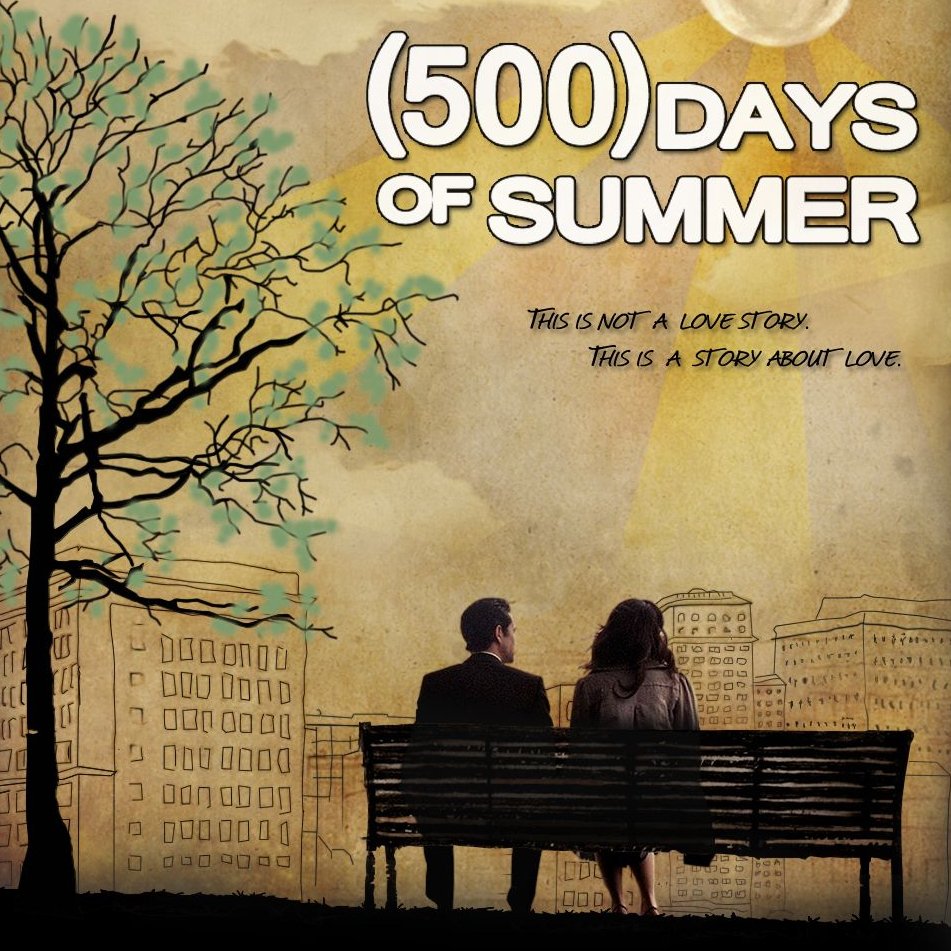 500 Days of Summer is a story about love. It’s a story that makes you feel happy and sad all at the same time. A guy falls in love with a girl who doesn’t believe in true love. A romantic comedy like no other. If you want to watch more movie like 500 days of summer, these are some great recommendations.

This movie is based on a book by David Nicholls. It stars Anne Hathaway and Jim Sturgess in the lead roles. They play two college students, Dexter, and Emma who meet on their university graduation night. They both become friends and the movie shows them meeting each other a couple of times on the anniversary of their graduation night – July 15th. As years pass by, they lose touch as they meet new people, but they cross paths again. This is a heart-warming love story. The characters’ lives are extremely relatable and interesting. It is almost impossible to not feel some sort of connection to the characters.

Paul Dano plays an anxious young novelist who is struggling with writer’s block. He creates a female character which he thinks will love him. This movie has an interesting story balanced perfectly with funny and dramatic scenes. The script is written by Zoe Kazan who has done an incredible job at writing it.

Henry is in love with Lucy but she has short-term memory loss and can’t remember anything that happened the previous day. Every morning, Henry tries to talk to her and take her out on a date. With protective family and friends, it’s going to be very hard for Henry to convince them that he is truly in love with her and wants to spend the rest of his life with her even if he has to remind her who he is, every day.

A woman (Alice Eve) misses her train to Boston from New York and ends up spending the entire night with a street artist (Chris Evans). He helps her get to Boston before her husband reaches home. They become very close and learn a lot about each other. It is a genuine and refreshing story starring Alice Eve and Chris Evans.

Inez (Rachel McAdams) and Gil (Owen Wilson) travel to Paris with Inez’s parents. Gil is a known Hollywood writer but is having a hard time writing his first novel. One night, when Inez is with her friends, Gil goes for a walk at midnight and discovers something extraordinary and finds inspiration for his novel. The movie won an Oscar for Best Writing. Woody Allen wrote it and made the script magical.

This movie is based on a popular teenage novel by John Green. It is a beautiful story about Hazel and Augustus, two teenage cancer patients who become very close, fall in love and go on a journey to Amsterdam to fulfill Hazel's 'cancer wish'. The bond that Hazel and Augustus share is special and unique. This movie will make you realize that you don't need to know a person for a long time to fall in love, you just need a special connection.

Jacob (Anton Yelchin) and Anna (Felicity Jones) meet in a university in L.A. and fall in love. Anna is a foreign student from England. When graduation approaches, she decides to violate her student visa by overstaying. After a trip home, she is refused entry back to the United States. The chemistry between Jones and Yelching is very realistic. A lot of the scenes in the movie will remind you of 500 days of Summer.

This movie is about a couple that undergoes a medical procedure to erase all the memories they have of each other. It’s a movie about the complexity of love and relationships. How far are you willing to go in order to forget someone who hurt you? It’s a great movie which offers almost everything; drama, comedy, and romance. It stars Jim Carrey and Kate Winslet in lead roles. Jim Carrey has performed really well in the movie, proving that he can take on any kind of role; comedy or drama.

Gretta (Keira Knightley) is a singer/musician who is found by a once successful record executive, Dan (Mark Ruffalo) while she is performing in a club one night. They start to work on an album together and form a special bond that might change their lives for the better. If you like movies based on music, you are going to love this one. It has an amazing soundtrack!

These movies have great stories that will make you think about love in different ways. What did you like most about 500 days of summer?