7 Alan Rickman Movies That Show How Great He Was ... 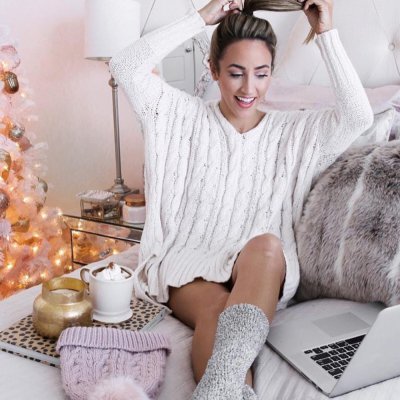 On January 14, 2016, we said goodbye to one of this generation's great actors. Alan Rickman passed away after a battle with cancer. I’m a big fan of Alan Rickman movies. I think he was a truly great actor and brought to life some very interesting and intriguing characters. He was also a really nice guy in real life – he once let me go in front of him at the supermarket checkout because I had one item and he had a basket load! And it was accompanied by that very special smile he has.

We'll be able to remember him through his movies:

I know I could have picked any of the Harry Potter movies that Alan Rickman was in but this is my favorite of his performances. In many ways, I wish I had not read the HP books before I saw the movies because the reveal of just how Severus Snape was a hero not a baddie was so moving. He clinched it all for me when he produced his doe patronus and said just one word “Always” – referring to his undying love for Lily, Harry’s mom. Up to this sequence, this is one of those Alan Rickman movies where we were treated to a feast of malevolence, sarcasm and dark foreboding. Didn’t we all just believe Snape was rotten to his core?

Don’t you think Alan Rickman plays baddies really well? In Robin Hood, Prince of Thieves, Rickman plays the Sheriff of Nottingham – one of the baddest badasses of English legend. Despite being a nasty piece of work, Rickman’s Sheriff has some brilliant comedic moments and it’s all in the delivery. If only we didn’t have to listen to that dammed Bryan Adams song – again!

When you think of the strong characters he plays in of most Alan Rickman movies, that he is in a Jane Austen adaptation might come as a surprise. In Sense and Sensibility he plays worthy Colonel Christopher Brandon; a man tortured by seeing that the object of his desire prefers a profligate 19th century playboy type. Do things turn out in the end well in the end – hey, this is Jane Austen folks!

If you’ve never seen this movie, grab a box of tissues before you do. Juliet Stevenson won a BAFTA for her role in Truly, Madly, Deeply – an award which prompted British comedienne, Victoria Wood, to exclaim it was an “award for snot” – because there’s a lot of tears and snot! Stevenson plays Nina who is distraught when her boyfriend Jamie (Rickman) dies, but is totally unprepared when he comes back as a ghost and what’s more he’s brought a houseful of ghosts with him.

When the ensemble cast list reads like a who’s who of British acting, and the film is totally ace, it’s hard to pick a stand-out performance. Rickman plays Harry, husband to Emma Thompson, a 40-something who experiences a typical mid-life crisis scenario – an affair with his secretary. Despite that his misdemeanour should not be forgiven, I like Rickman as Harry because he shows that even not-classically-handsome men can be attractive in so many other ways.

Sorry! I know! But I love sci-fi and even spoof sci-fi does it for me. This daft movie has got a stellar cast but I love the deadpan delivery of Alan Rickman as Doctor Alexander Dane. I might be a bit loopy but it’s pure escapism and sometimes, that’s all entertainment needs to be. And, if you’re a trekkie, you should love the gentle fun they poke at the cult series.

Until Harry Potter, it was likely that Die Hard would remain the most famous of the Alan Rickman movies. It was his performance as terrorist thief Hans Gruber that really brought Rickman to America’s attention. I think no matter how many great performances we remember from Alan Rickman, the shot of him falling from the Nakatomi Tower in Die Hard will remain very memorable.

What are your favorite Alan Rickman movies?