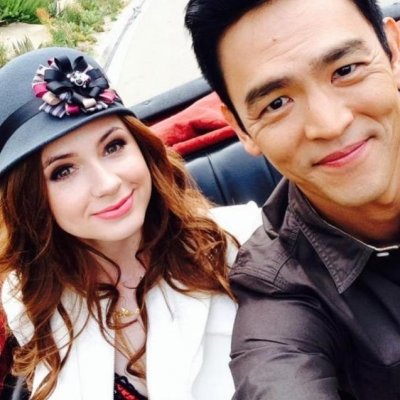 If you ask me, all the new TV shows this fall season are incredible! Seriously, I've become hooked on all of them and can't wait to see how these shows progress. Thank God for DVR and On Demand, right?! Check out some of hottest new TV shows you should be obsessing over this season:

1 How to Get Away with Murder

Network: ABC
The newest addition to ShondaLand Thursdays is How To Get Away With Murder! Did you know that the show has already set a TV record? The new drama drew in 14.34 million viewers for its premiere (WHOA) and its three-day DVR lift vaulted it to 20.3 million! Seriously, if you haven't watched the show, you need to get on that NOW! This is just one of many new TV shows to get hooked on.

Network: ABC
After watching the first few episodes of this show, it's safe to say that I am OBSESSED and totally hooked on it. It's about a medical examiner (Dr. Henry Morgan) who just so happens to be immortal. While researching all there is about death, he finds himself being incredibly helpful to the police force. Watch him tackle on these mysteries very impressively every Tuesday night at 10!

Network: NBC
Cristin Millioti and Ben Feldman are incredibly cute in this new rom-com series. I fell in love with Cristin while she was on How I Met Your Mother and I'm so happy she's back on TV! In the first episode, the viewers already learn that the couple will date for eight months, three weeks, five days, and one hour. We don't know what happens after that but the series is the complete account of their relationship!

Network: FOX
If you're a fan of Batman (who isn't?) then you're going to love this show. It's the story of how everything started! It follows Detective jim Gordon and the Gotham City Police Department. Oh yeah, Catwoman and The Penguin are there too!

Network: NBC
This show hasn't even aired yet but it already has a crazy fan base. Katherine Heigl is returning to the small screen as CIA analyst Charleston Tucker who must decide which international crises need to be brought to the attention of the president. The first episode will air November 17th!

Network: The CW
Grant Gustin plays The Flash in this awesome Arrow spinoff from producer, Greg Berlanti. There's even going to be a crossover episode which I'm VERY excited about! Watch the show every Tuesday at 8 PM EST.

Network: FOX
For those of you who haven't seen John Mulaney's comedy specials, you're missing out. This guy's hilarious and so is his brand new show. It's about an aspiring comic who gets a job writing jokes for a, well, narcissistic comedian. Get ready for some laughs every Sunday night at 9:30 PM EST.

Network: ABC
We're all a little social media-crazed at times, right? Well, Eliza Dooley is the queen of Instagram. However, she's realizing that being 'friended' doesn't necessarily mean you have friends. Tune in every Tuesday at 8 PM EST.

Network: FOX
This show might be about sick kids but no, it doesn't revolve around sickness. It's about hope and love and the first few episodes have been really cool and inspiring! Tune in every Wednesday at 9 PM EST.

Network: FOX
This is a special fall event that you don't want to miss! Two officers try to solve the mysterious murder of a young boy in their small town of Gracepoint. It's a 10-episode miniseries!

11 The Mysteries of Laura

Network: ABC
Debra Messing's back on NBC! She plays an NYPD homocide detective, Laura Diamond, who juggles her time catching the bad guys and running after her twin boys.

Well, there you have it. These are just 11 out of many new TV shows to obsess over this Fall. Which one's your new favorite?